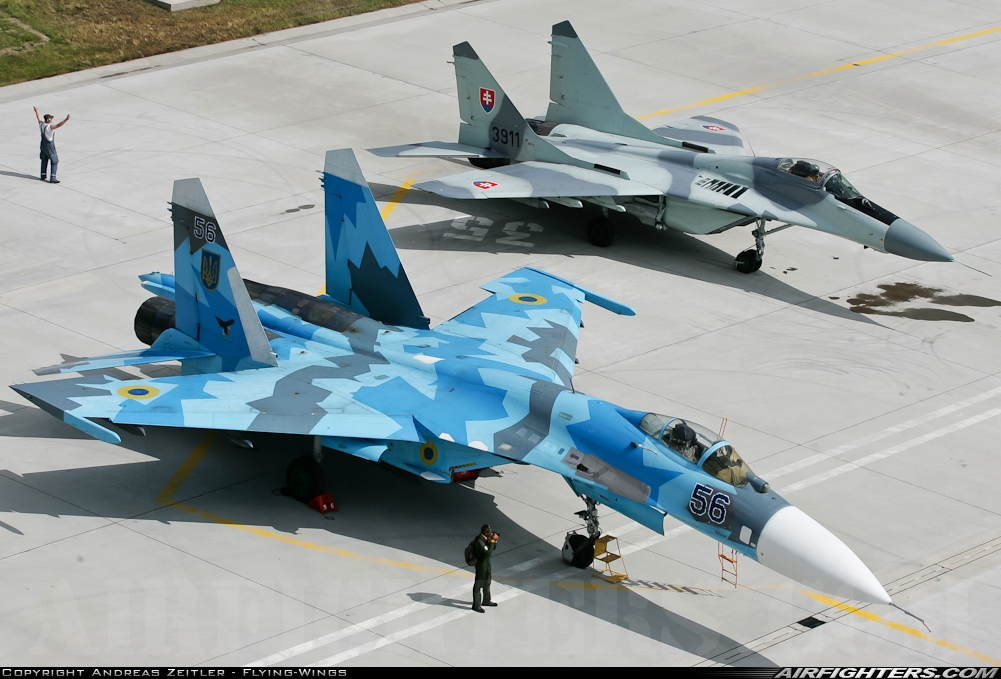 Comparison between Su-27 and MiG-29

The Su-27 and MiG-29 were designed to perform different roles. Su-27 is an air superiority/multirole fighter designed to have the range to penetrate deep into enemy territory and strike and outmatch enemy aircraft, such as the F-15, with its long range radar and armament and its superior performance and maneuverability. The MiG-29 on the other hand is also an air superiority/multirole fighter designed to operate from front-line bases. It is also designed to be a cheaper and smaller fighter than the Su-27 (so as to be produced in large numbers), with less range, armament radar range and performance. The MiG-29 can be considered the answer to the American F-16 and F-18.

When an air force has both these fighters in its inventory, it indicates that its doctrine allows for missions that can be satisfied by both aircraft according to their characteristics. Let us now take a look at each air force and see why its own both fighters:

It makes perfect sense that the country that designed and produced the MiG-29 and Su-27 would actually OWN them. The Russian Air Force is the largest and oldest operator of both fighters since their introduction in the 1980s, with a total number of 289 MiG-29s and 355 Su-27s currently in service.

The Eritrean Air Force saw a great expansion during the Eritrean-Ethiopian War. It acquired MiG-29s as an answer to Ethiopia’s purchase of the Su-27. The Su-27s were later acquired in 2003, most probably because the Eritreans lost 4 MiG-29s to Ethiopian Su-27s between 1999 and 2000, which proved that the MiGs were no match for the Sukhois and needed to be complimented by more powerful fighters. 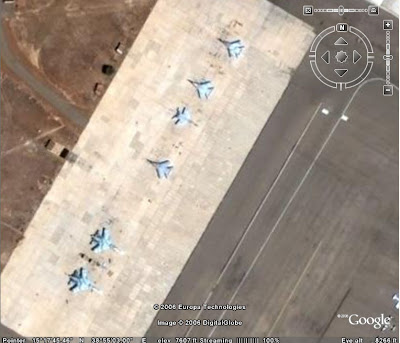 I couldn’t obtain information on when the Ukraine acquired MiG-29s and Su-27s. But I am assuming that both fighters were inherited from the Soviet Air Force when the USSR was dissolved.

Again, I couldn’t obtain information on when Kazakhstan acquired MiG-29s and Su-27s, but it seems that both fighters were purchased well after the resolution of the USSR. Kazakh Air and Air Defense Forces currently operate 39 MiG-29s and 26 Su-27s.

In comparison with the MiG-29 and Su-27, 4 air forces own their western counter parts, the F-15 Eagle, F-16 Falcon and F-18 Hornet. Those air forces are the United States Air Force (though it currently does not operate the F-16), Israeli Air Force, Japanese Air Self-Defense Force and Republic of Korea Air Force. The total number could have risen to 5 if the US approved Egypt’s request in 2002 to acquire F-15E Strike Eagles to serve with its large number of F-16s (240 fighters). However, this sale was banned after Israel provided evidence that the Egyptians considered Israel as the “enemy” in of Egypt’s military exercises (obviously, a peace accord doesn’t make an enemy a friend in an instant). 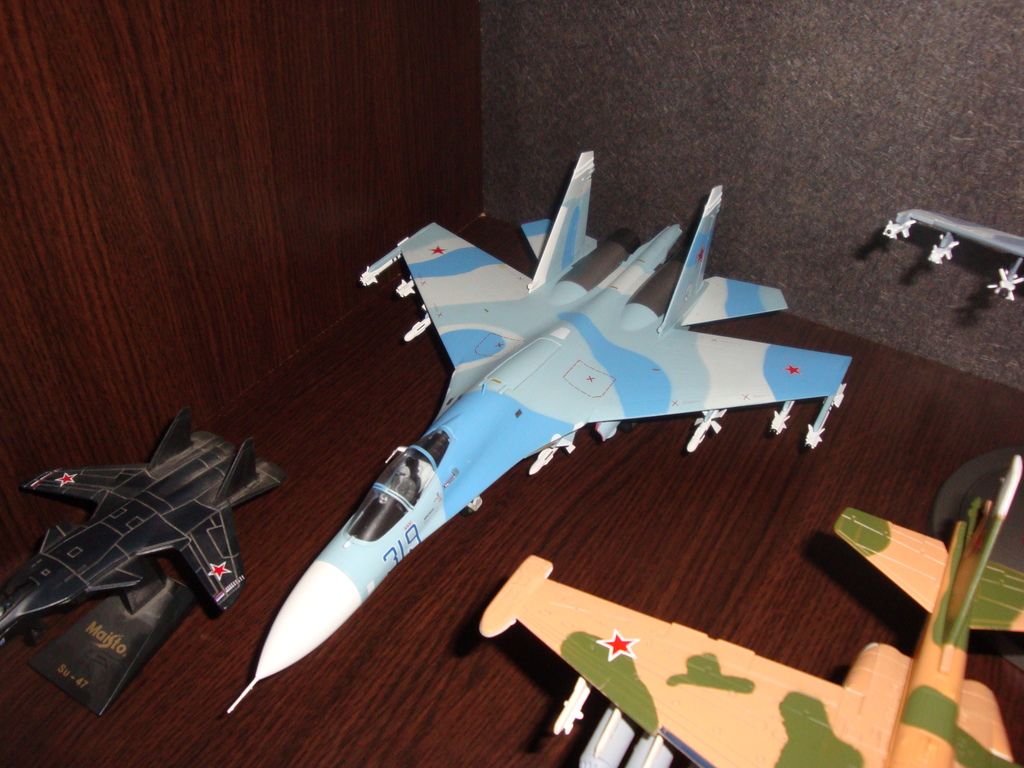 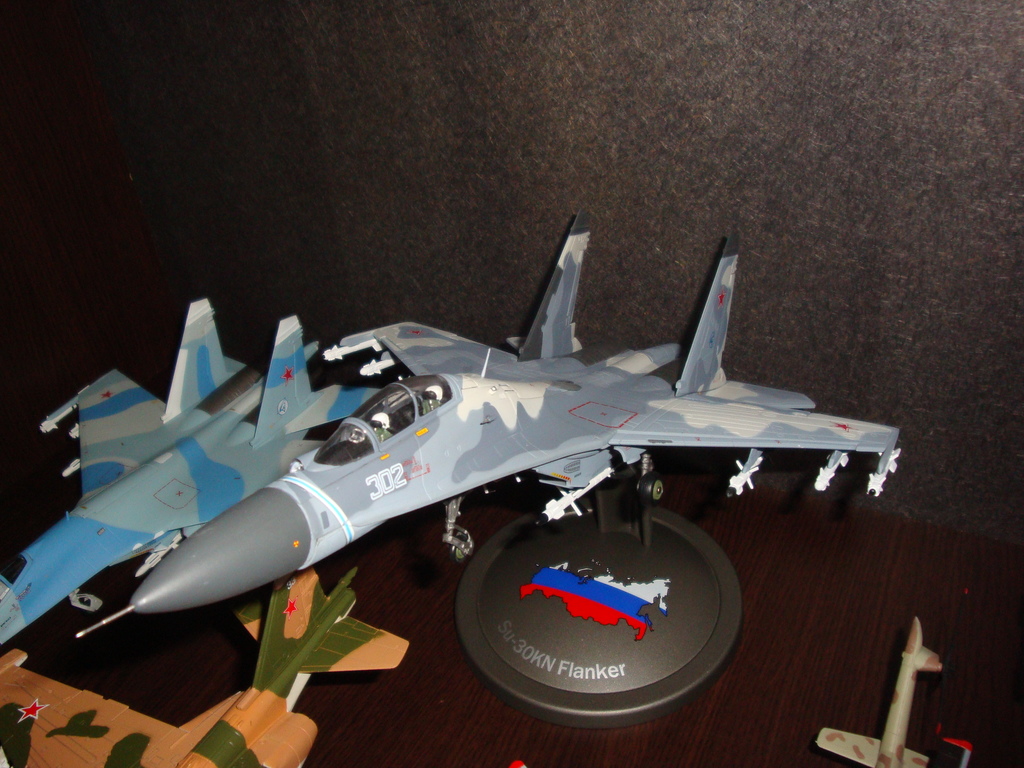 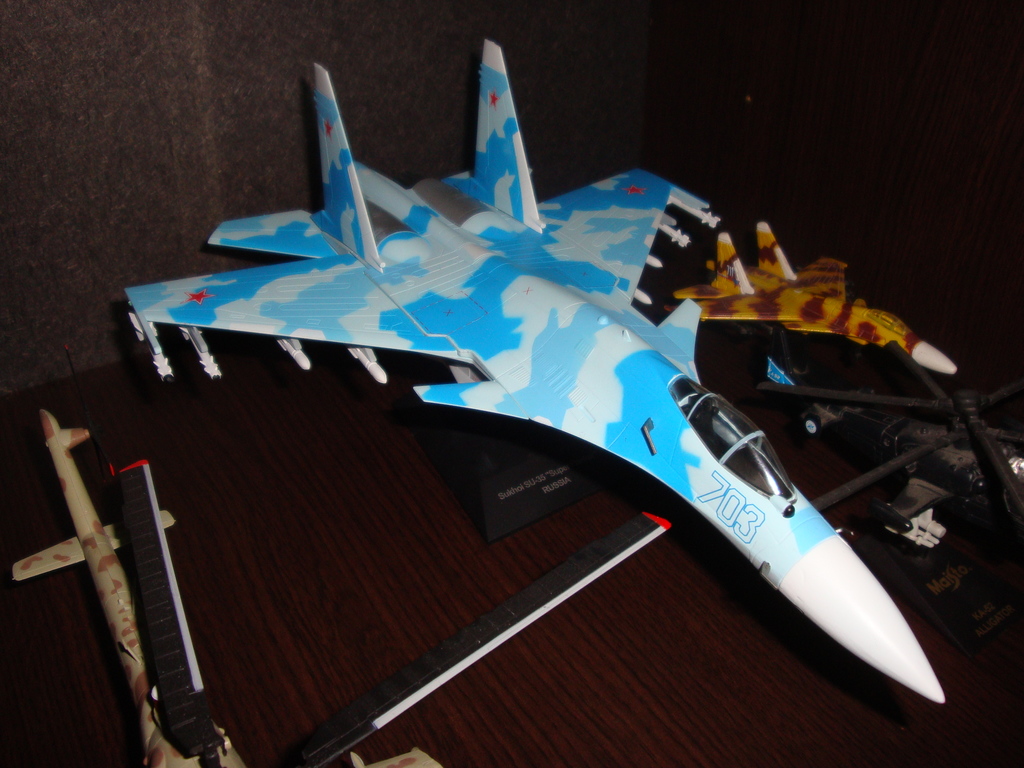 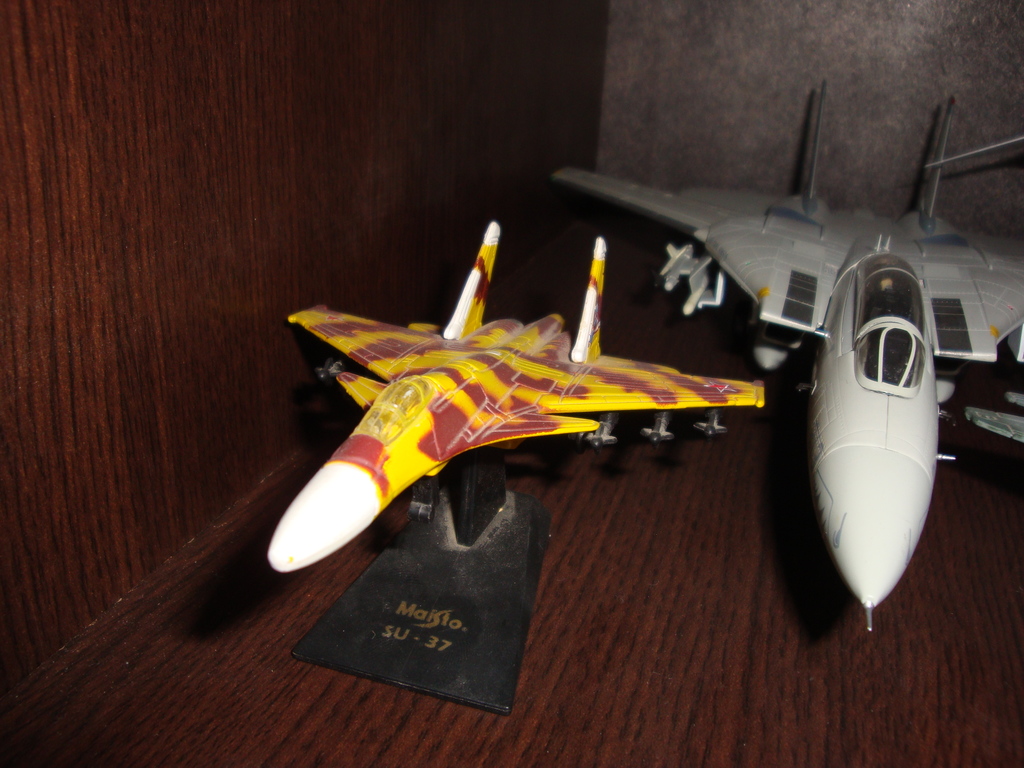 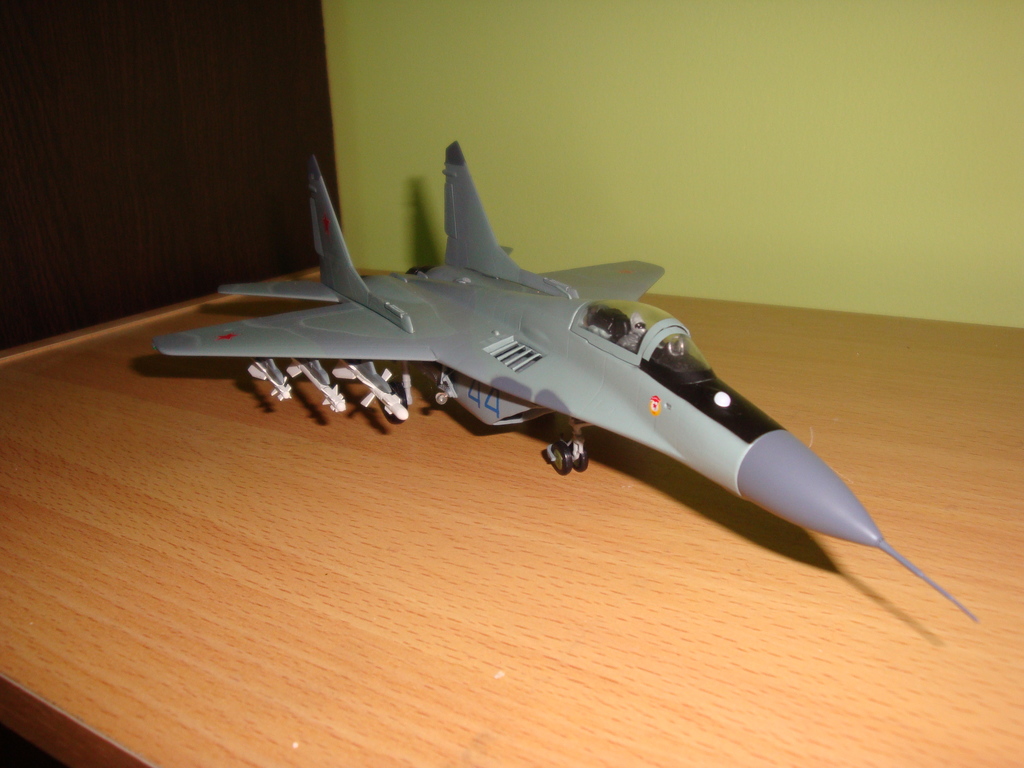 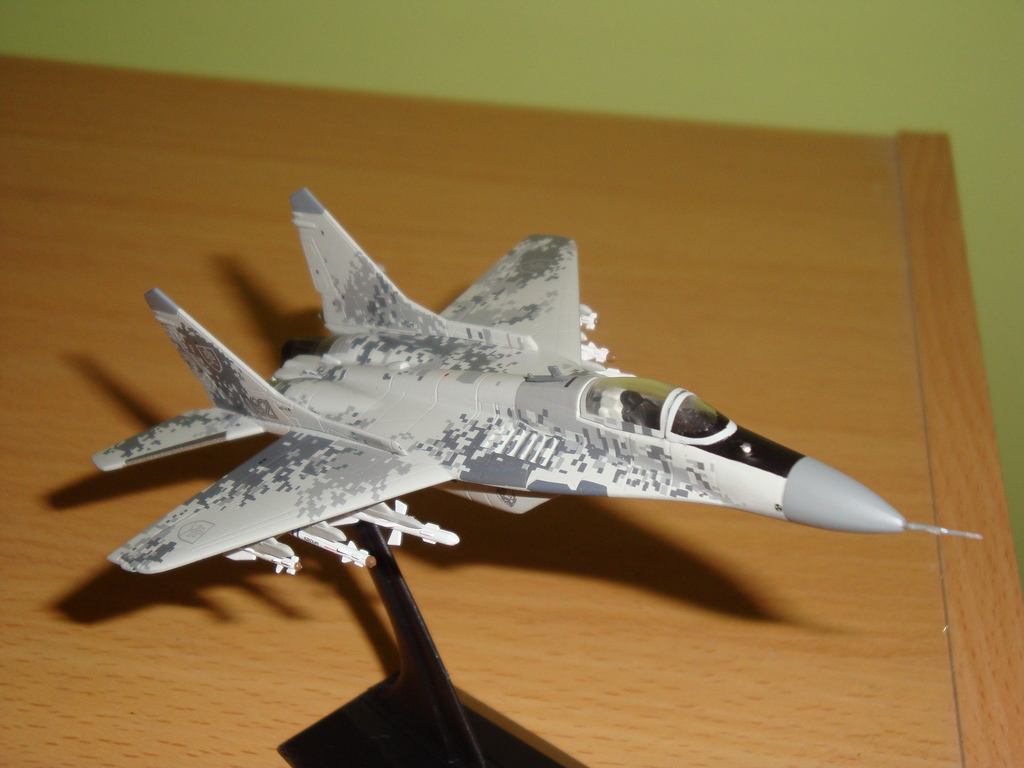 As you know, the Su 27M was to be shown to USSR authorities just as they collapsed. For development credits reasons, the Su27M had to be presented AS A NEW PLANE, consequently being renamed Su 35 (prototype).

But the real Su 35 exists now without the Duck winglets. Here is a photo showing it at Le Bourget 2013 show. 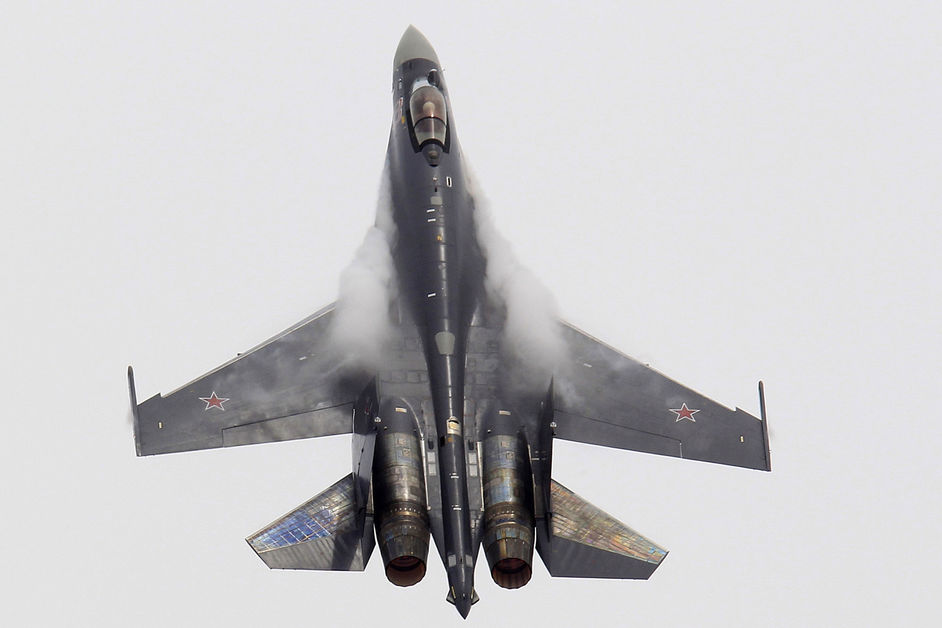 Permalink Reply by AM on October 14, 2013 at 3:40am
Thanks for the valuable info Jeff. The photo attached is amazing too.

This is one awesome thread. Firstly because I do love the MiG-29 but secondly because those Russian jets are so rugged, robust and mighty fine looking beasts. This is great

I have made a small correction to this post. 4 air forces own both F-15 and F-16 not 3. I missed out the Korean Air Force (South Korea that is). 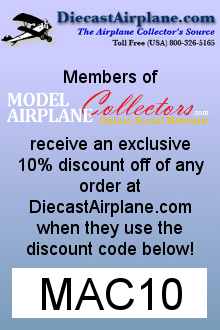