This time, I'd like to introduce to you one more of my personal "heroes" (a living one ...), I mean: my brother in law Bruno Auger.

... (I never asked him any permission to write this little post, as he never considered himself as a hero !!). 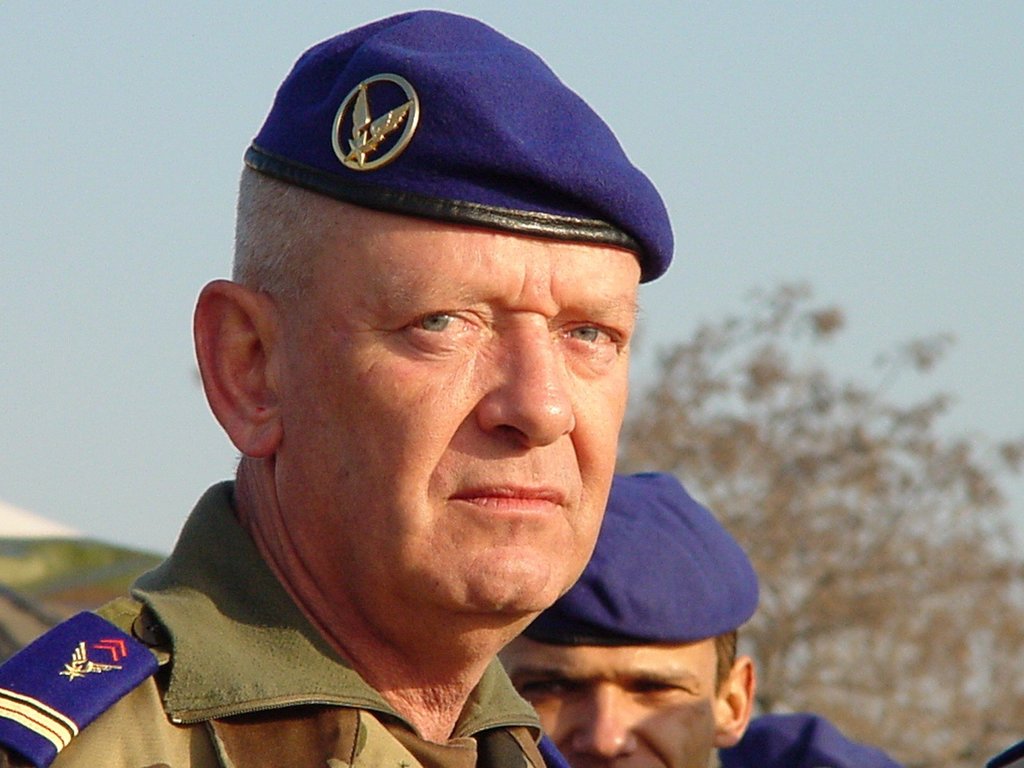 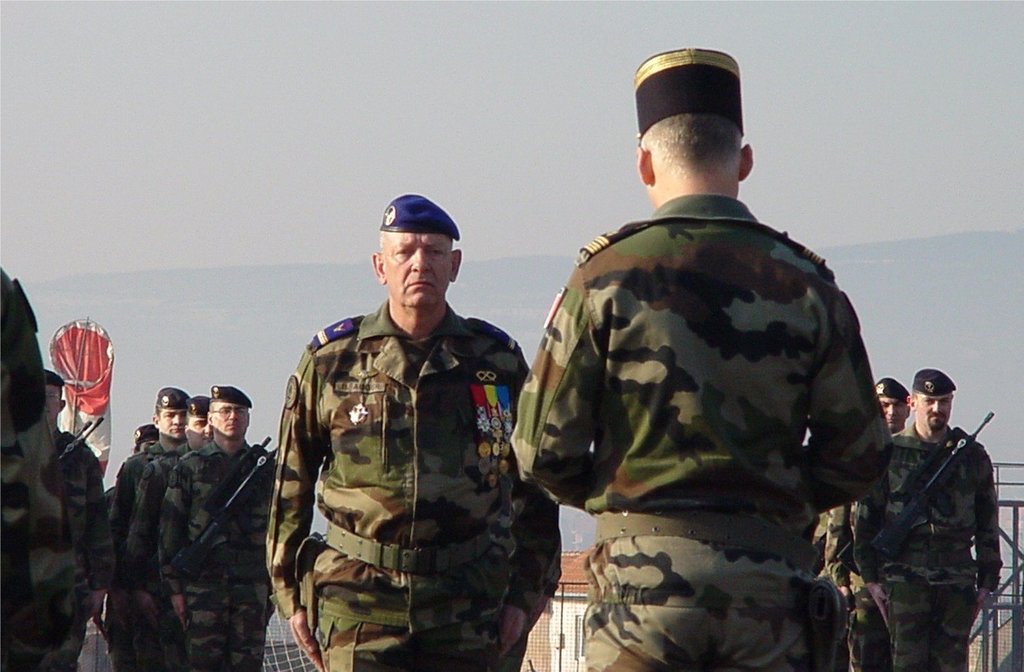 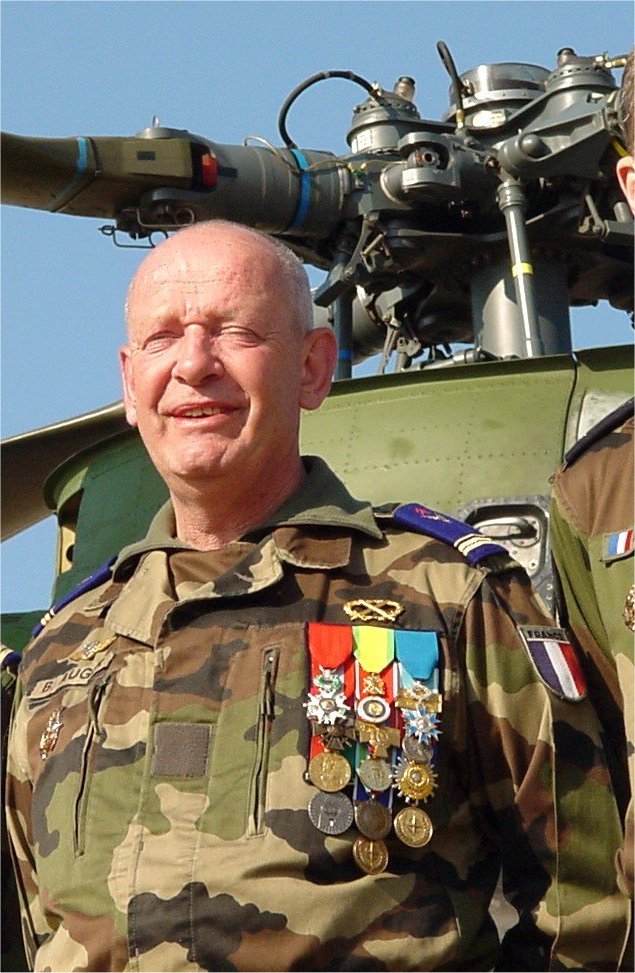 He was a leader and showed as much technicity abilities as enthusiasm to gather all his men and keep and improve moral. He is nicknamed and was widely known in the ALAT (and more !!) as "Super Bennett": 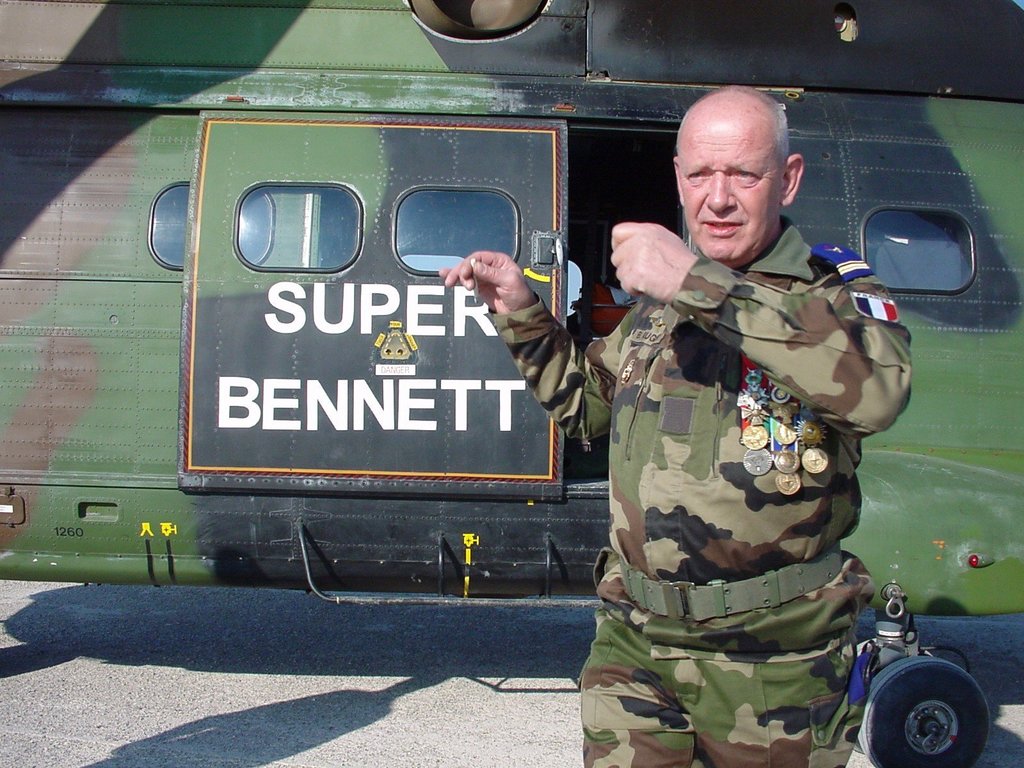 He was an engineer on helicopters such as the well known Gazelle and SA 330 Puma. As a "Chef de piste" (Mech. chief), he managed to service with his team sometimes more than 15 machines and participated to several abroad conflicts (OPEX = Opérations Extérieures - External Operations, f.i. 1st Gulf War), and peace-keeping missions under UN mandat (f.i. Tchad, Kosovo). 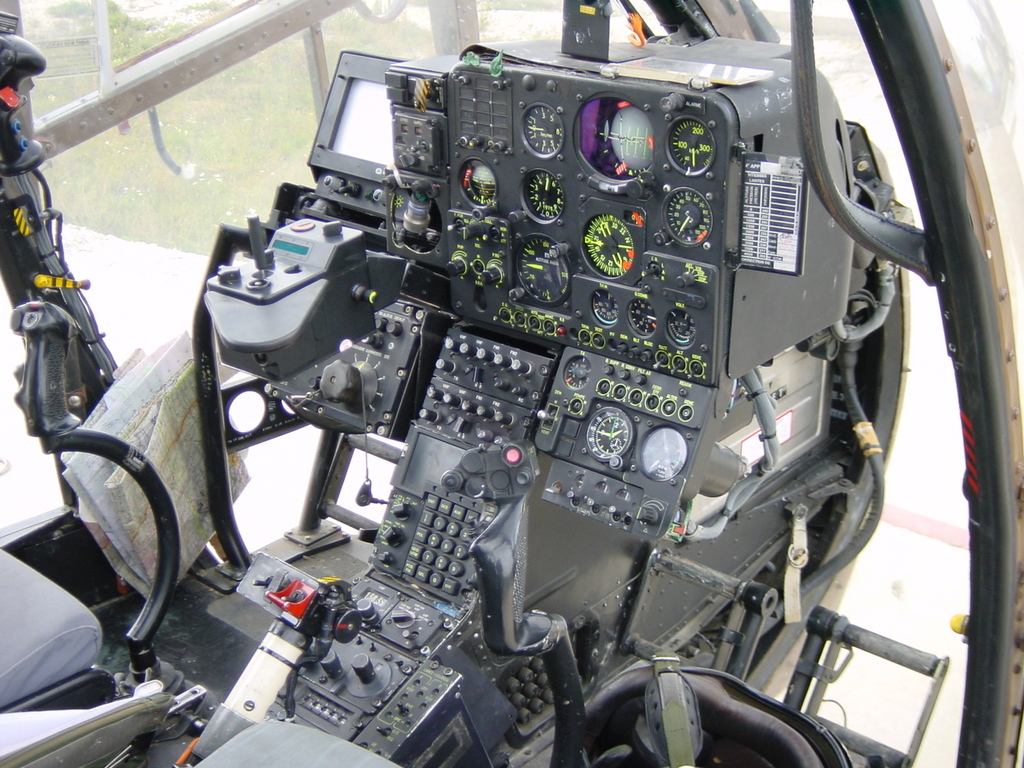 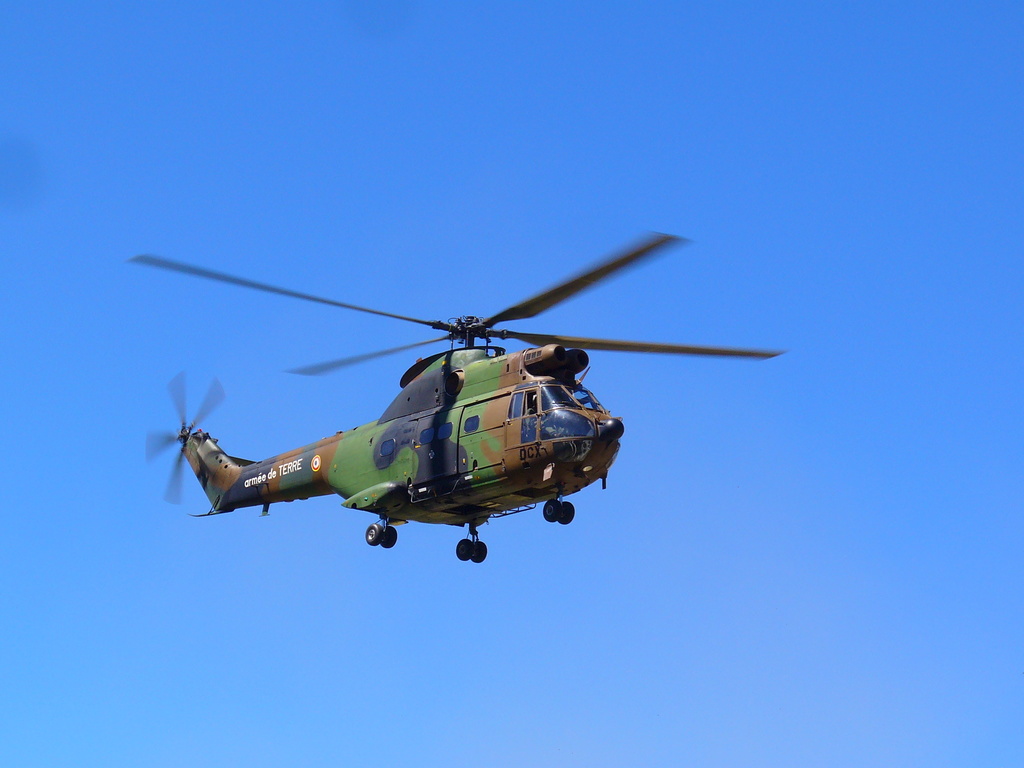 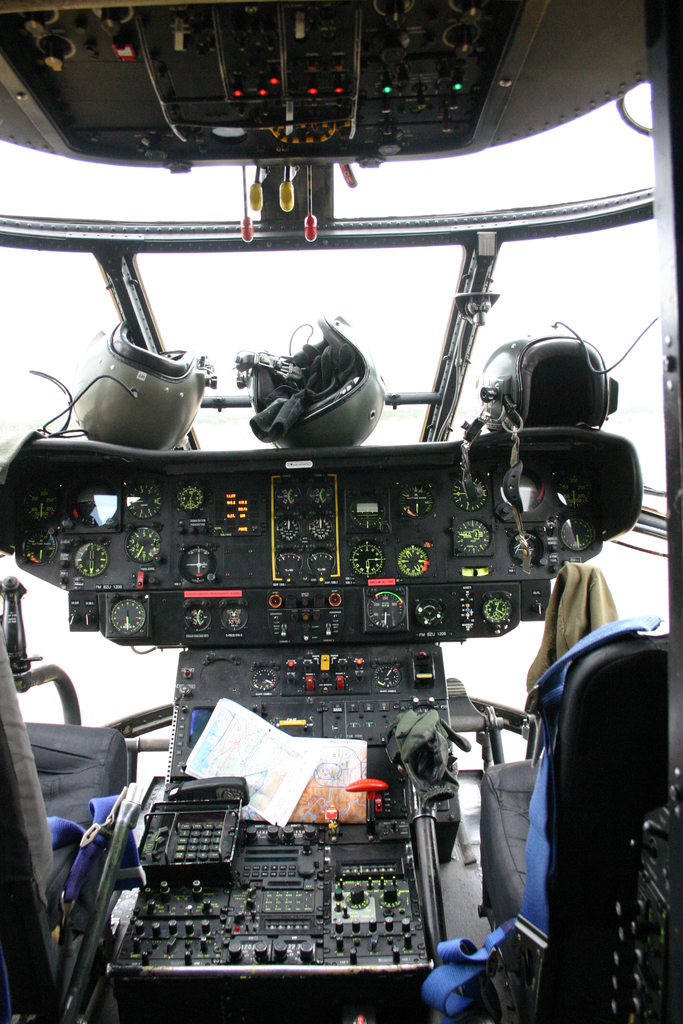 Among the "souvenirs" he told me about, one of the best is the French participation in the humanitary rescue in Indonesia after the 2004 Tsunami (Operation Béryx). 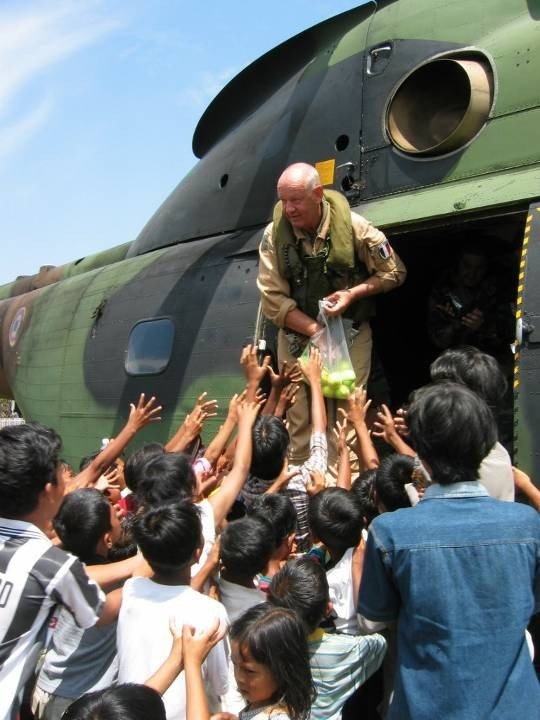 Children can play even in the worst situation: tennis balls are of highest interest for them !!

After so much deads in the wars he was involved in, these contacts with suffering people and particularly children led him to considerate other sides of his duty. That was for him a strongly positive match. 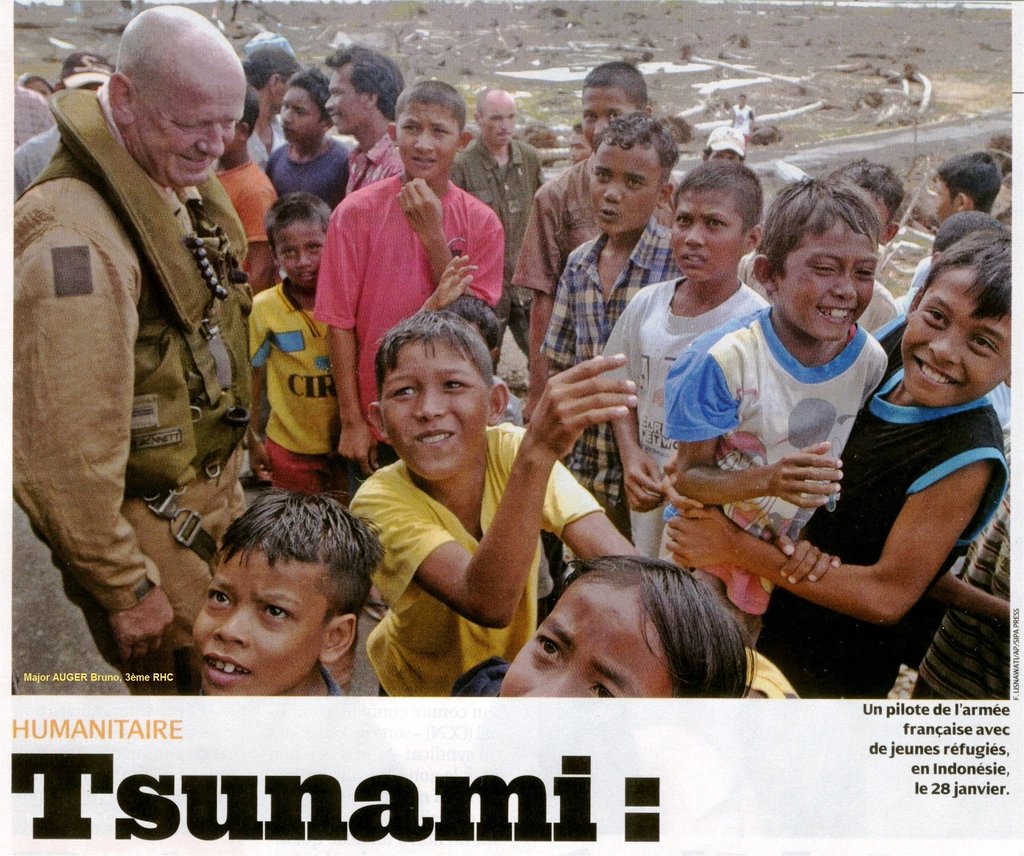 Here is a photo showing one of the ways supplies and equipments were shipped to destination: the Antonov An 124: 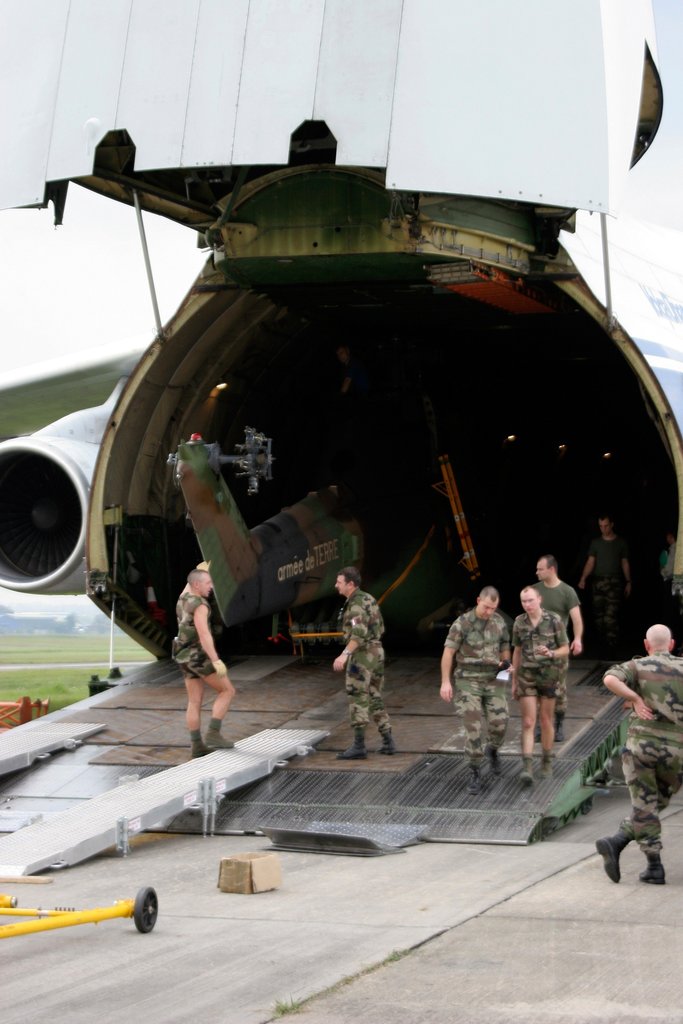 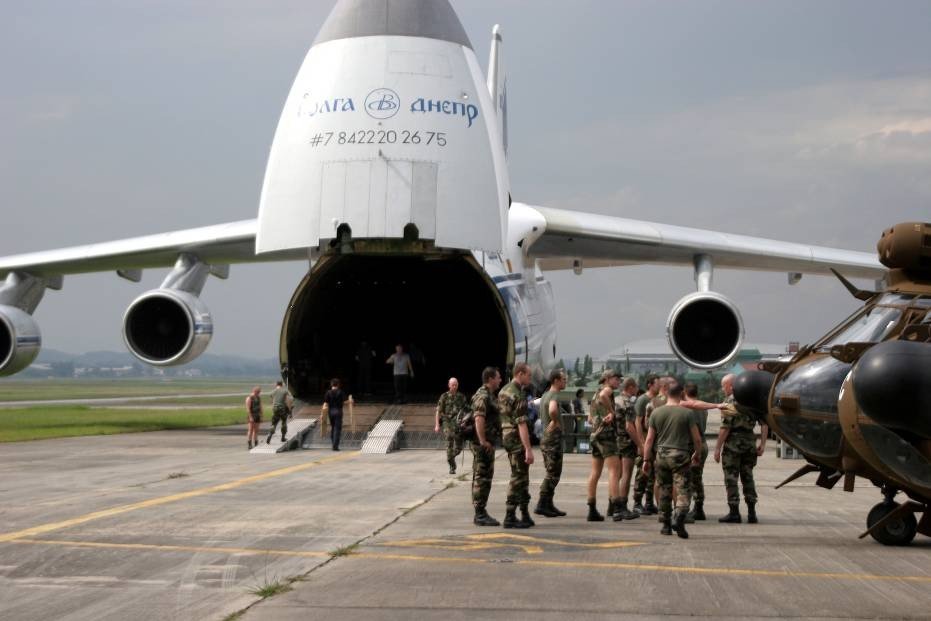 Sumatra: the wide An 124 standing ajar after delivery of her shipment. On both upper photographs, Major Auger is the one turned back on the far right,

After this 11th of November, Veteran's Day for a lot of Countries, it's a little tribute I offer to my brother in law (long live Super Bennett !!), and with him, to all of our fighting and gallant soldiers of the past, the present and the future.

God bless them all. 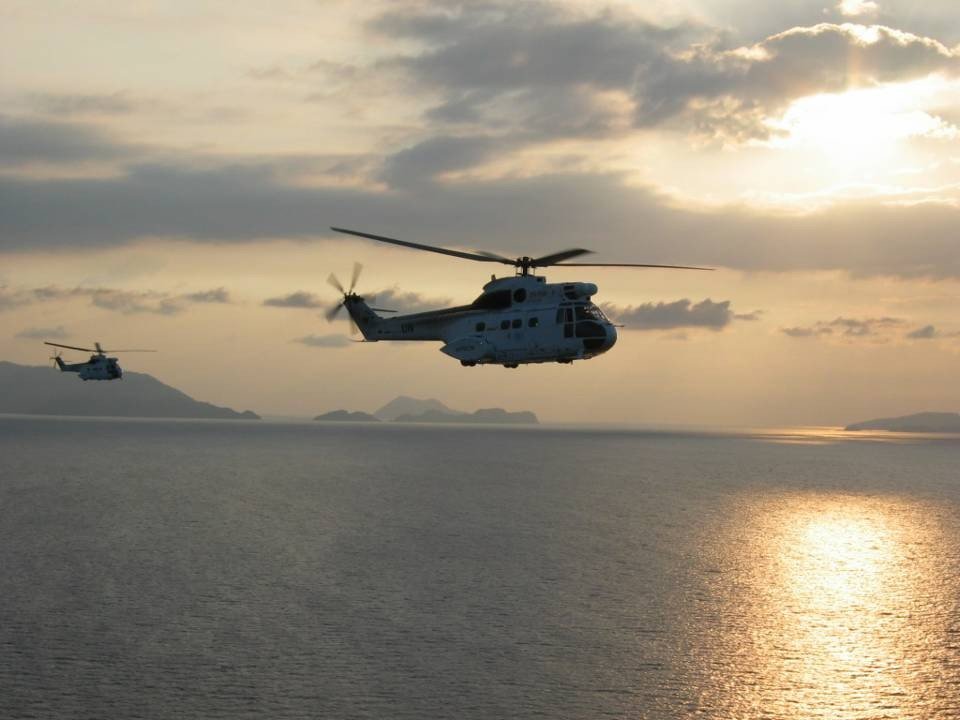 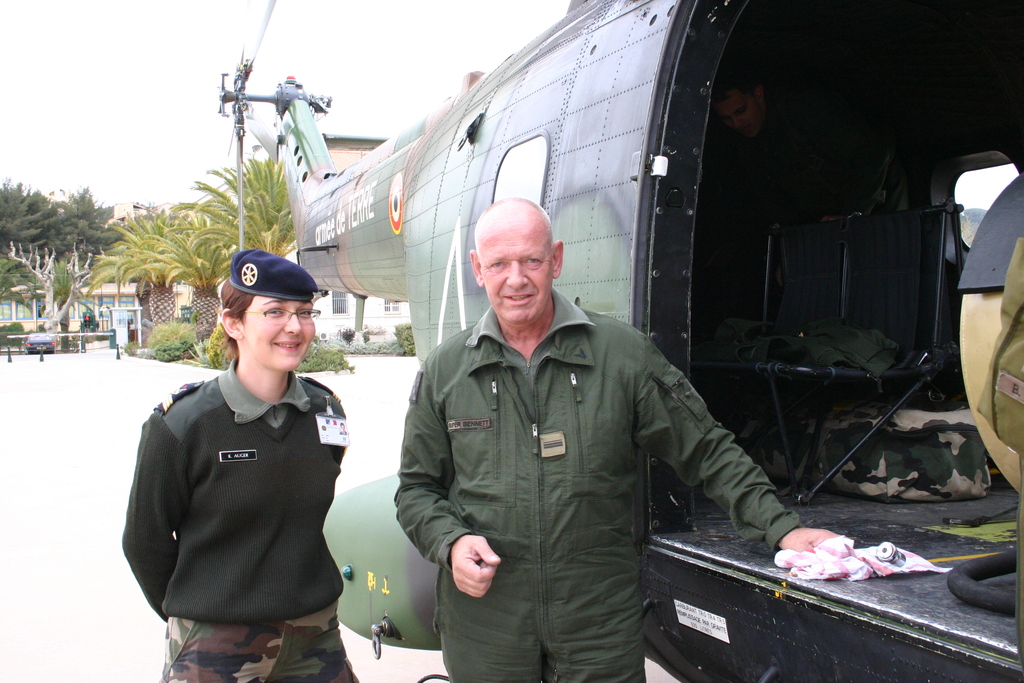 His daughter Kim signed too. She choosed Artillery, as her father when he began. Relief is assumed. Major Auger sponsored her as she and her class left the ENSOA-St Maixent Military School, He was himself an ancient non-commissioned officer student of this institution. Note that a MecNav without his clean-mop IS NOT a MecNav !!! - Hyères, France, 2005 -

The 5th January 2006, this is the 2nd official review of the 3RHC regarding the retiring Major Bruno Auger's carreer: 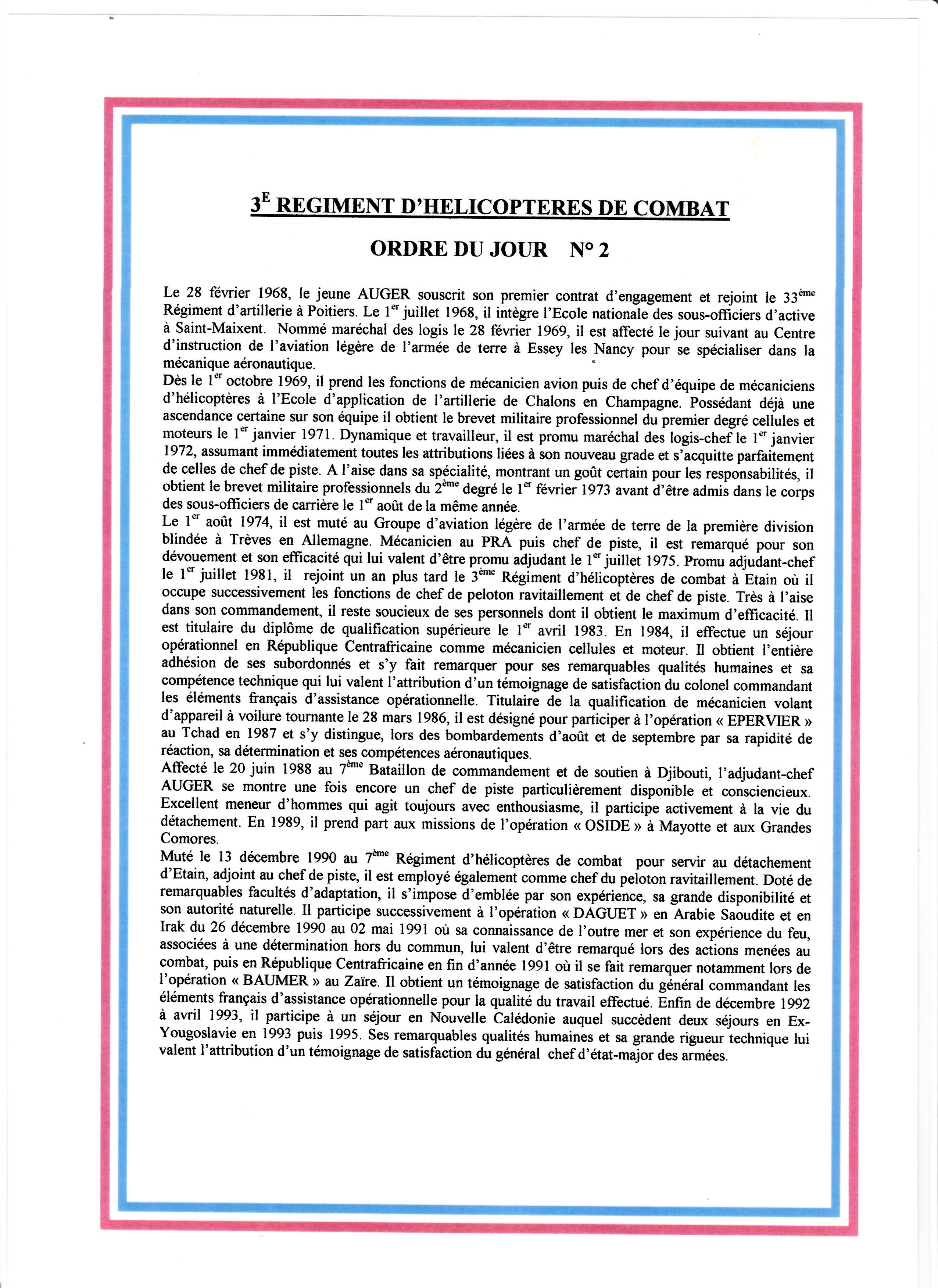 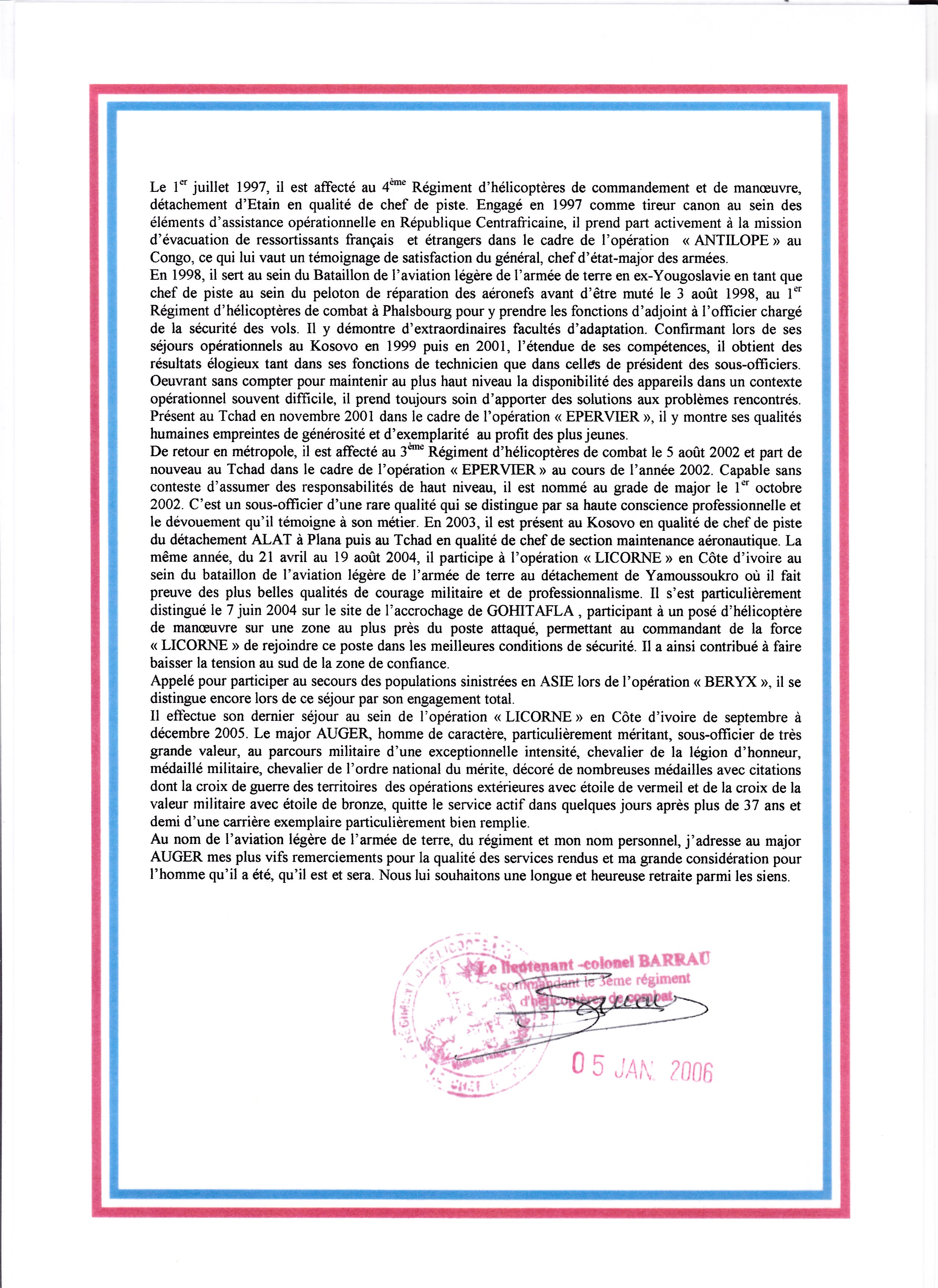 When 2 HM Power meet at Etain and that the youngest has the luck and the honor to decorate his Eldest with the Aeronautic Medal in front of the 3rd RHC Regt troops... Emotion and pride (thanks to JP Houze).

Photographs: friendly ALAT sources, except the one from the "L'Express" newspaper.