WWII saw the entry of the first operational jet fighters by both the Allies and the Nazis. The British introduced the Gloster Meteor (the world’s first production jet fighter) while the Nazis introduced the Messerschmitt Me 262 Schwalbe (the world’s first operational jet fighter). Although the British started producing Meteors a few months earlier than the Germans started producing their Me-262s, the Germans were able to produce the jets quicker and make them enter service as both interceptors and bombers. The appearance of the Me-262 in the European theater was a big shock to Allied pilots. The video below is part of a documentary about German wonder weapons. It demonstrates the shock the Allied pilots had when countering the Me-262.

The jet was 150 mph faster than the fastest aircraft in the Allies’ inventory. It was difficult to dog fight with the aircraft due to its superior armament and speed. Special tactics had to be developed in order to counter it. Some of these tactics included attacking the aircraft when it was most vulnerable during takeoff and landing. Me-262 with Radar Antennas

Though the Me-262 was a marvel at the time, it had some drawbacks. Due to the lack of necessary metals to manufacture certain critical parts of the Jumbo turbojet engine, the service life of the engine was extremely short. The engine also suffered a lot of failures and was extremely unreliable, which caused the loss of many aircraft and pilots. Early versions of the aircraft were extremely difficult when it comes to operating the throttle of the jet engine.

I was lucky to see this aircraft at the Deutsches Museum in Munich. The aircraft on display allowed visitors to see its four 30 mm MK 108 cannons and R4M wooden rockets racks. The cross section of the aircraft's Junkers Jumo 004 B-1 turbojets was also available for display to visitors. 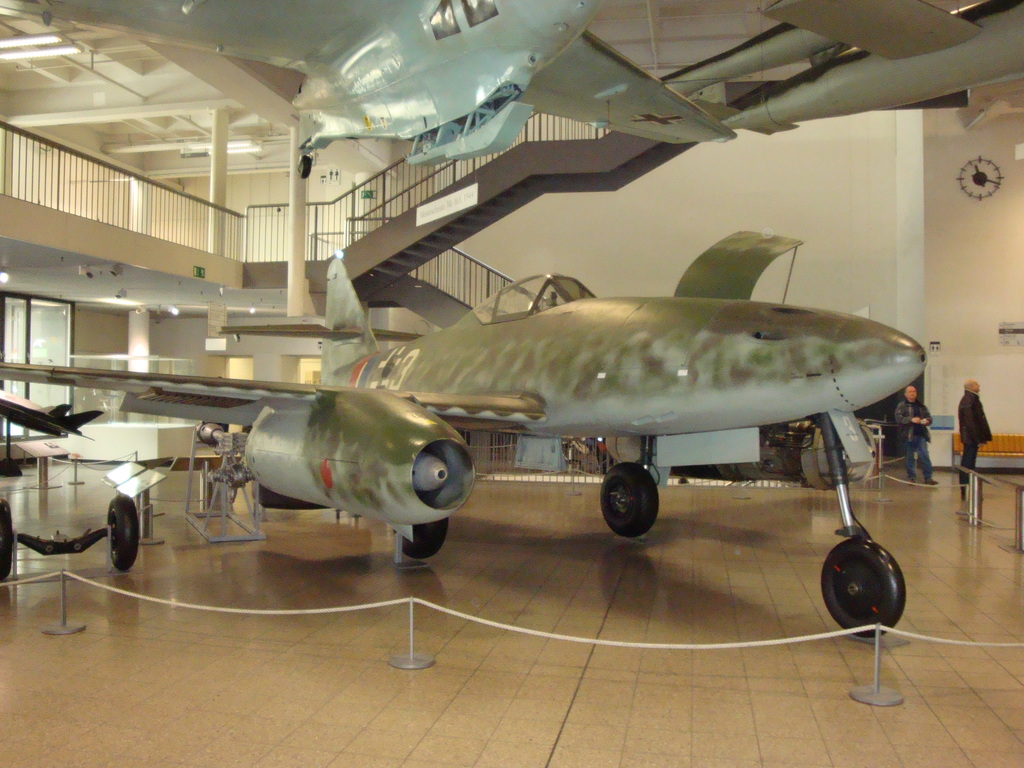 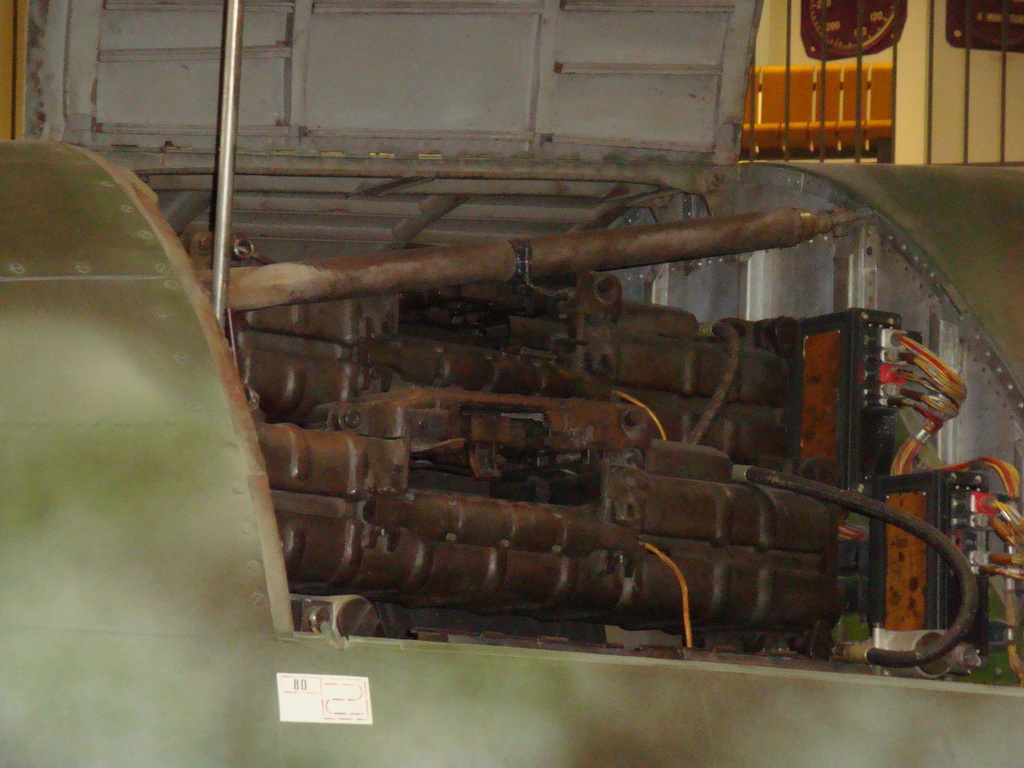 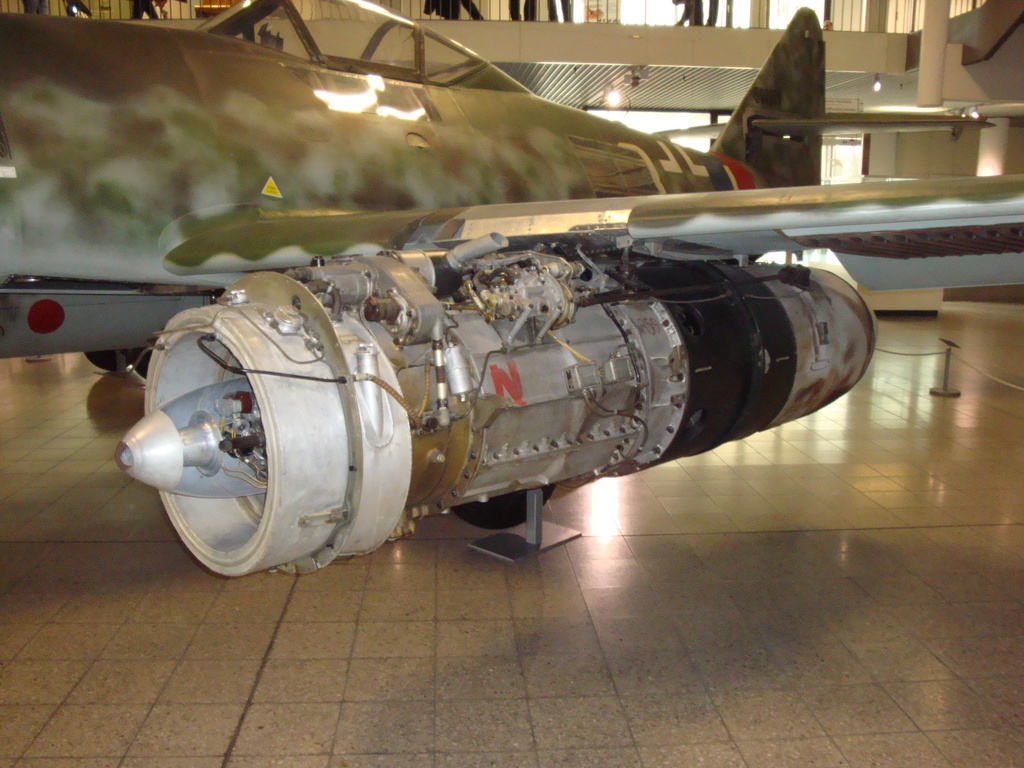 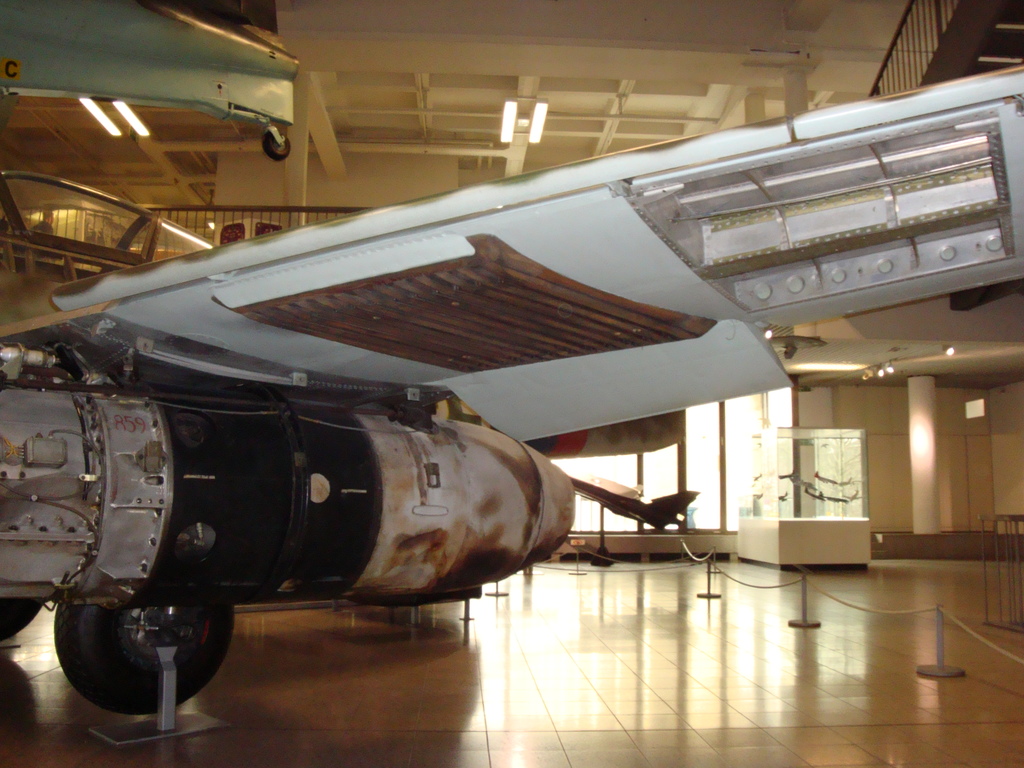 The Gloster Meteor was the first British jet fighter and the Allies' first operational jet. The Meteor's development was heavily reliant on its ground-breaking turbojet engines, developed by Sir Frank Whittle and his company, Power Jets Ltd. Development of the aircraft began in 1940, work on the engines had started in 1936. The Meteor first flew in 1943 and commenced operations on 27 July 1944. According to Adolf Galland (one of Germany’s top jet aces who flew the Me-262 during his service with the Luftwaffe and the Gloster Meteor during his service with the Argentina Air force), the Me-262 was certainly more superior than the Gloster Meteor. This superiority could have been complimented if it had the turbojet engines developed by Power Jets instead of the Junkers unreliable Jumo engines.

I own 1:72 Corgi models of both magnificent aircraft. Below are some photos of both models. 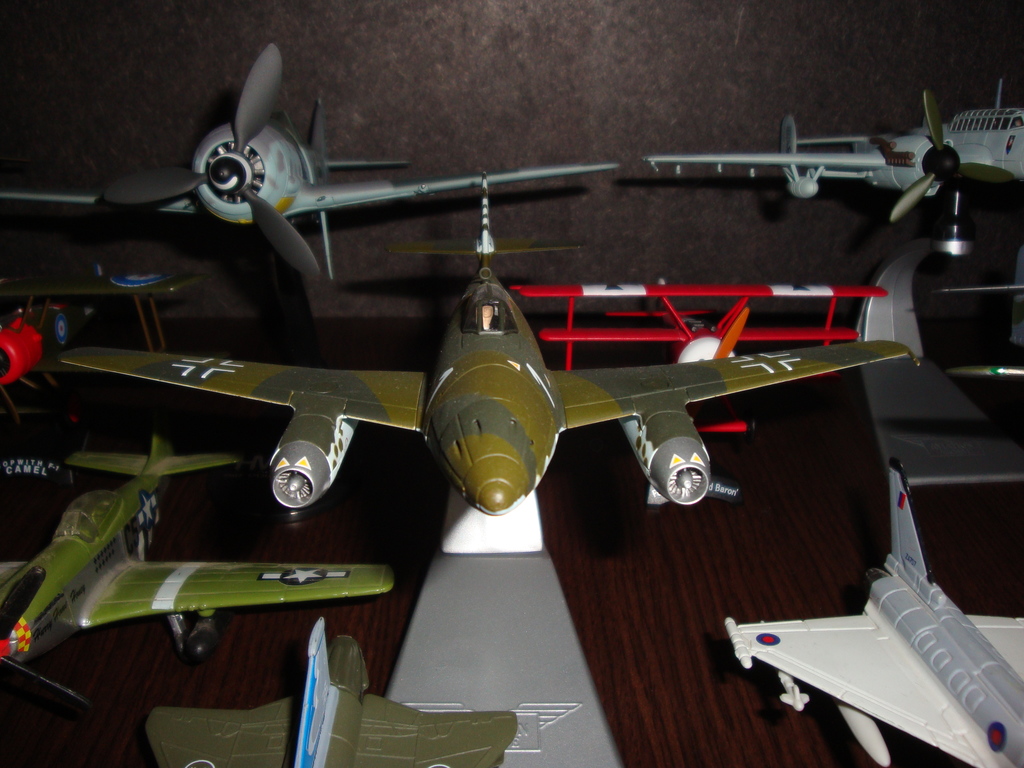 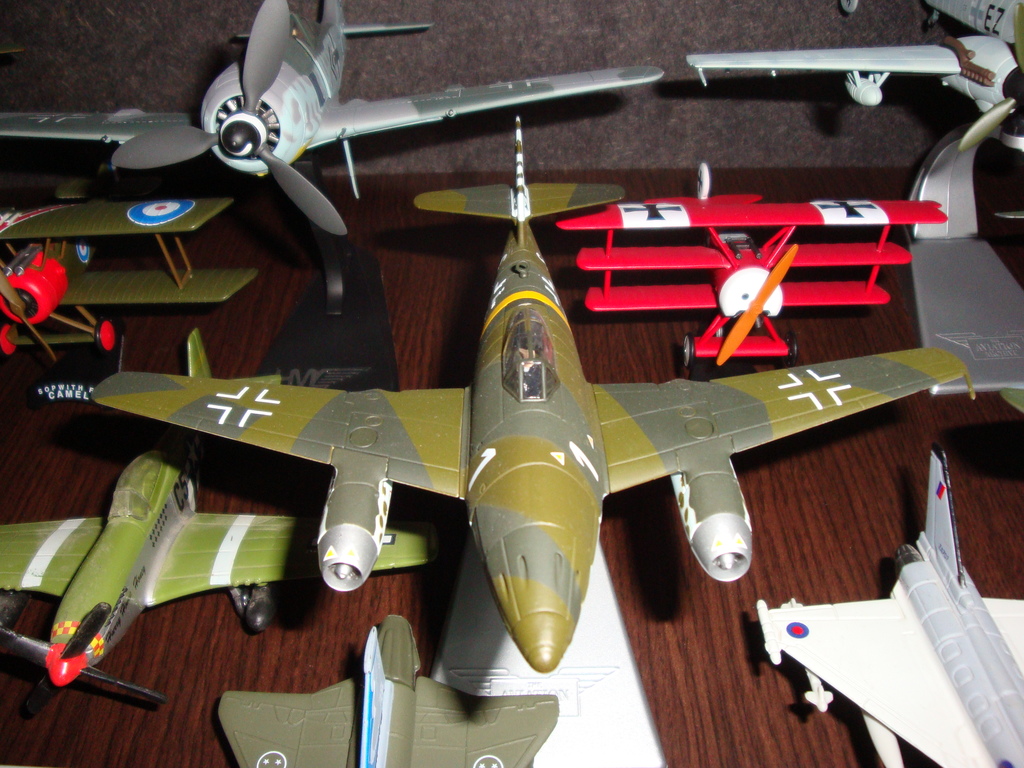 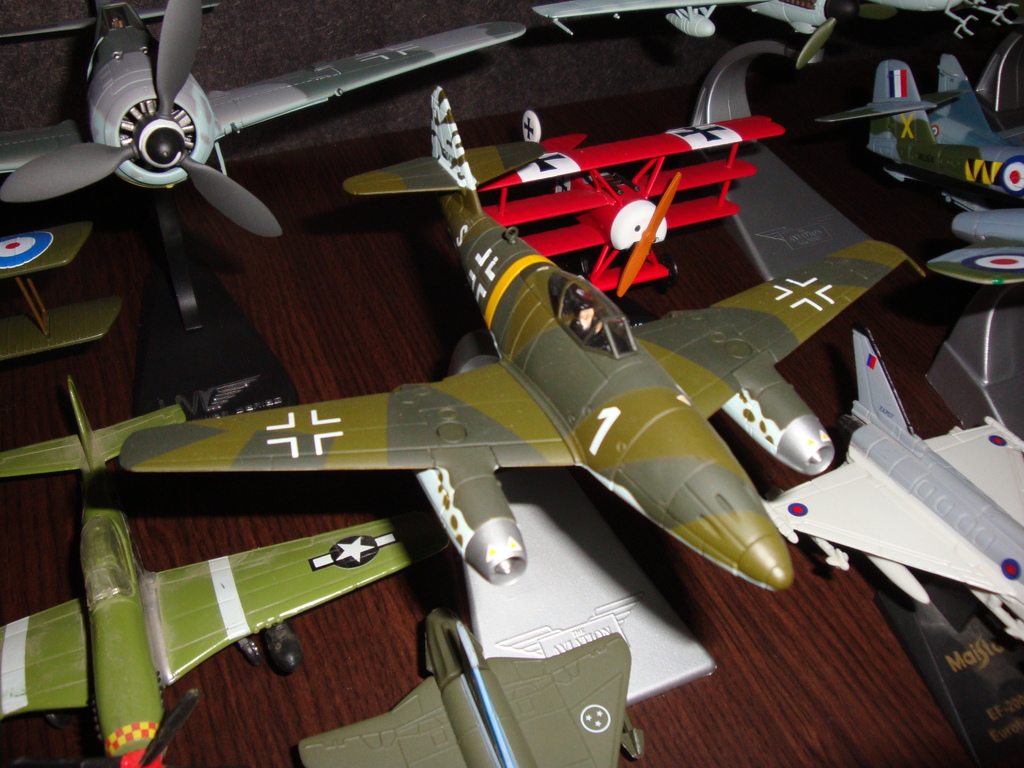 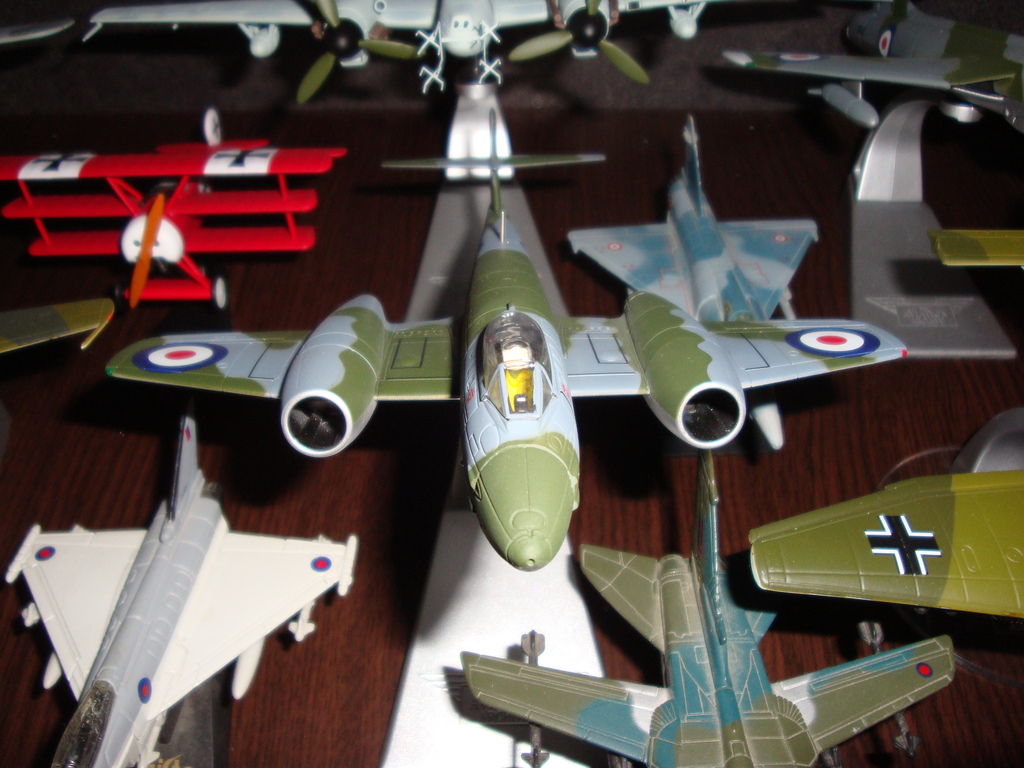 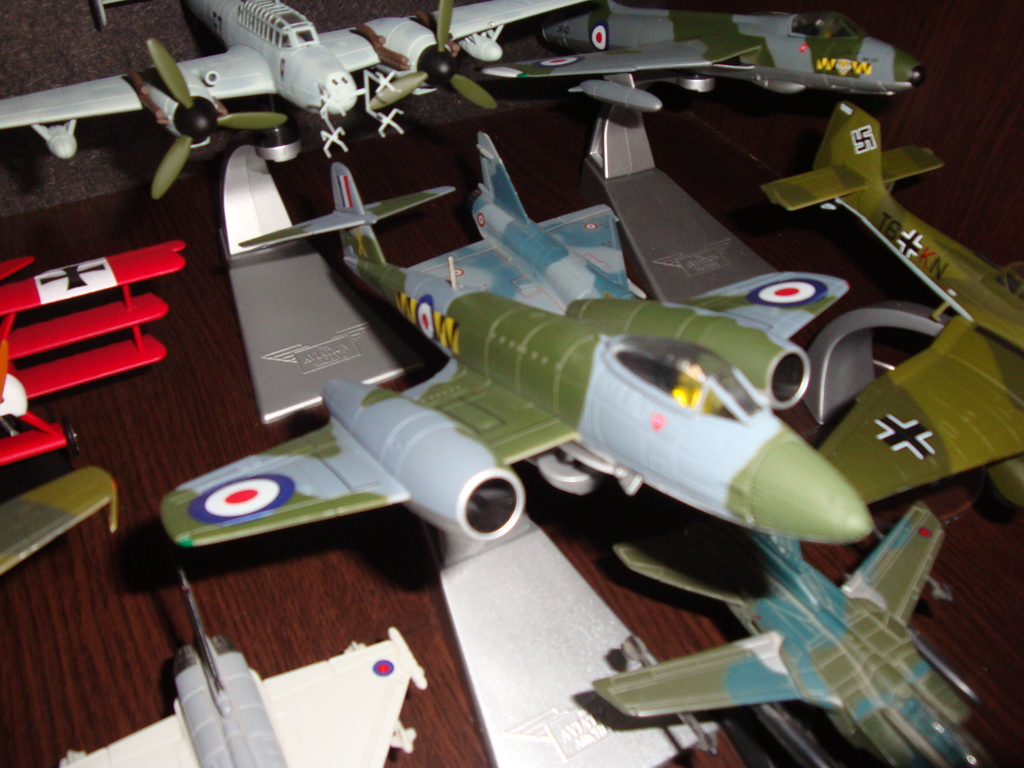 Awesomely done !! Happy coming back from hospital and reading that!! Good work, Ahmed!

Thanks a lot Jeff :)