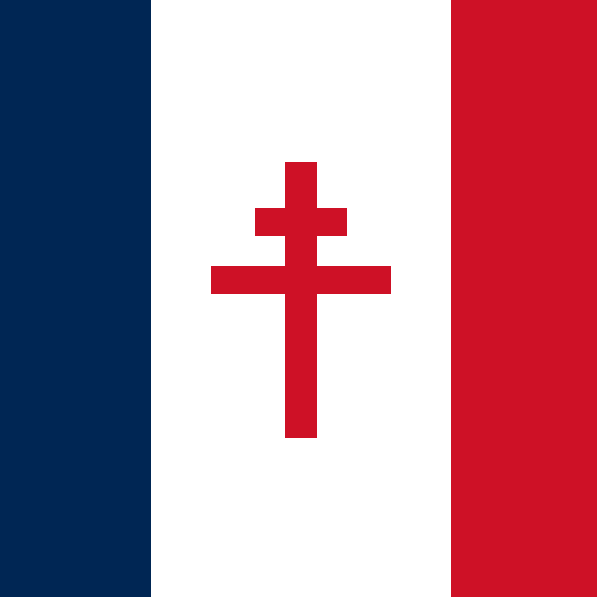 Though sad in my heart...

Nevertheless these sad events, I eventually managed to finalize my order by Antics UK , it is the HM 1/48 diecast airplane model P47D Razorback with pilot dedication (special commercial act by…Continue

Hello, all!This time, I'd like to introduce to you one more of my personal "heroes" (a living one ...), I mean: my brother in law Bruno Auger.... (I never asked him any permission to write this…Continue

My collections & my Hobbies

YOU'RE WELCOME ON JEFF'S COLLECTOR PAGE !!! 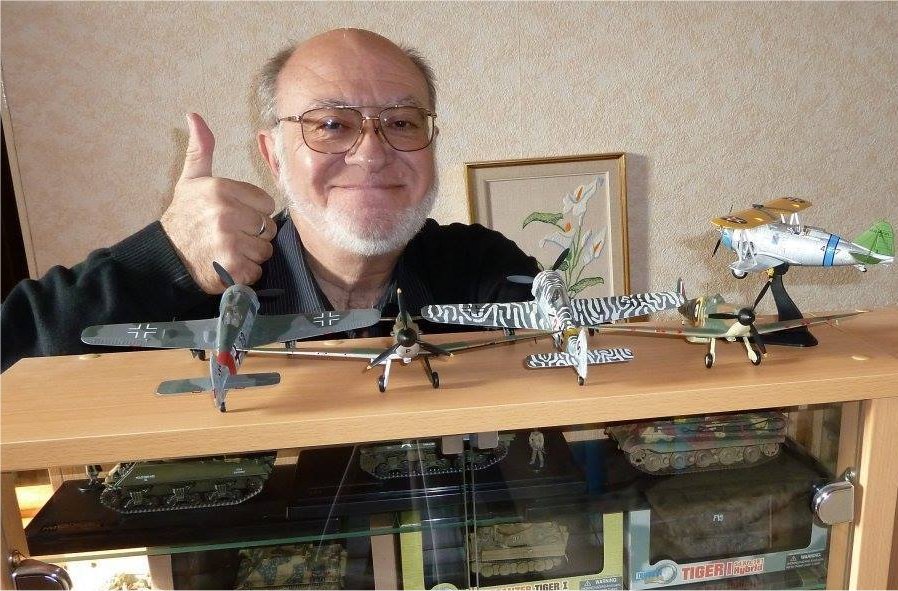 I’ve been collecting "diecast" miniatures models since year 2000, beginning with 1/72 items, but many years ago, I used to assemble and paint plastic models (Airfix, Aurora, Heller, Revell, Monogram, aso) fallen in pieces for long... together with my dexterity, my sight and my patience !!!

Here is a link to my showroom, old and new agencement:

represents 320 items from WW1 to space conquest. Some of them are still in their boxes. September 2019: Since there's no more room left at home for my airplanes models, it seems this is their ultimate inventory… But I continue with some vehicles and books...

Though this site is more dedicated to airplanes models, let me share with you that I'm collecting too armored vehicles, battleships and militaries regarding WW1, WW2 and modern conflicts (764 items ) with scales from 1/1100 to 1/16. In fact it's the most important part of my collections. 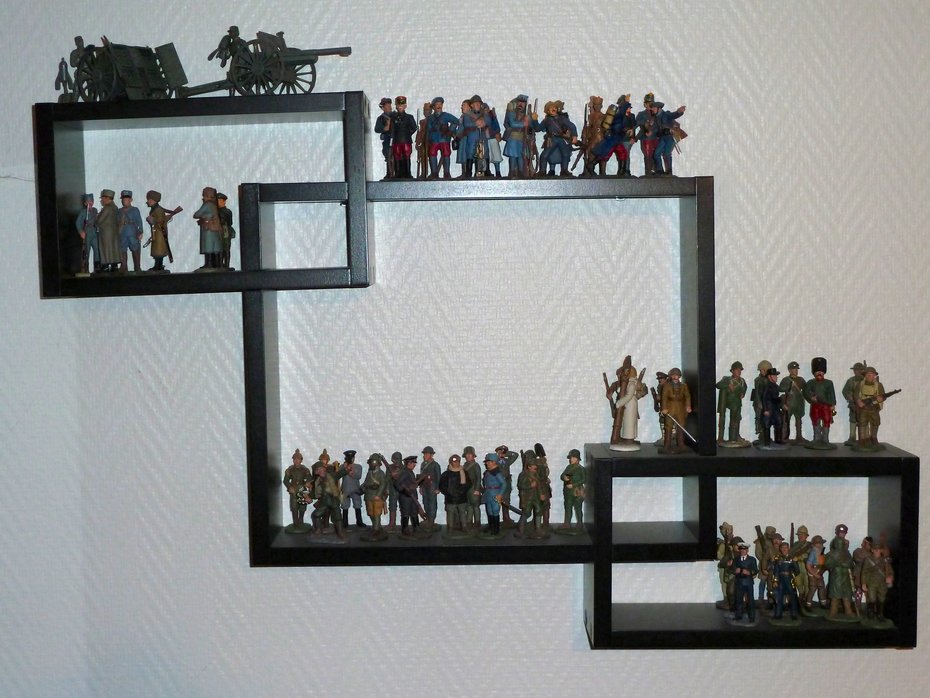 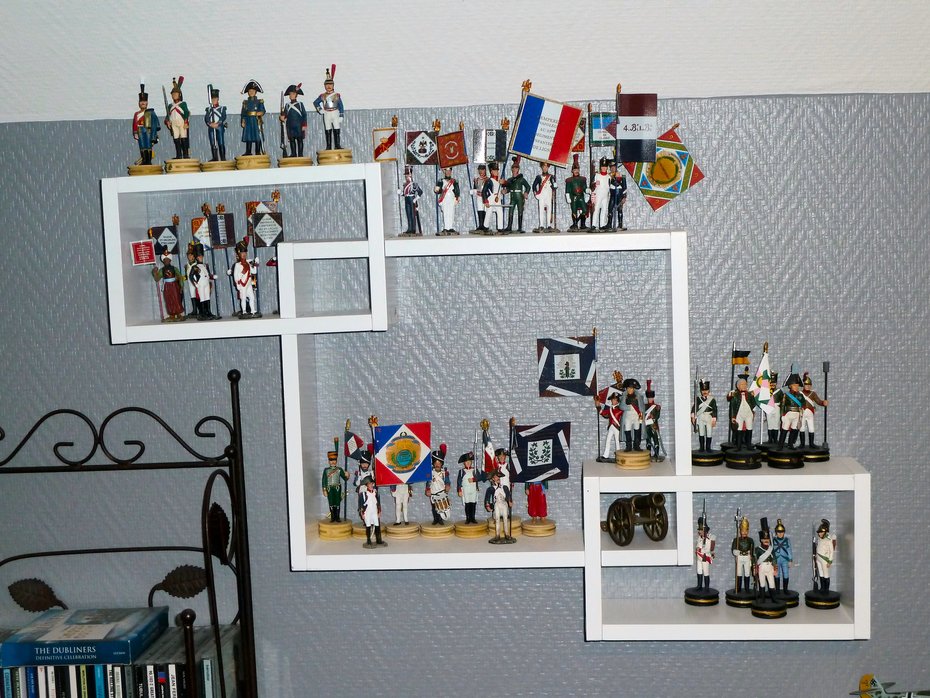 In a parallel way, I got a large library of historical and/or technical books - 279 so far - (series begun in the 60ies), as well as documentary DVDs regarding military airplanes and vehicles of WW1, WW2 and modern conflicts (see hereunder links to my docs Albums):

I like "linking" my models to the real History and issue little historical posts on the forum. This forum is an open space of vulgarisation, and I'm happy finding new real amateurs able to write some as my good friend Ahmed Misbah from Egypt. All of you are invited to do so !!

Hereunder in the "My Photos" module are some photos albums of my Airplanes and Armored Fighting Vehicles collections. Choose the "View all" option for more....or you can link to my whole pics cavern:

This file can be opened either by Excel, Open Office or LibreOffice suites. 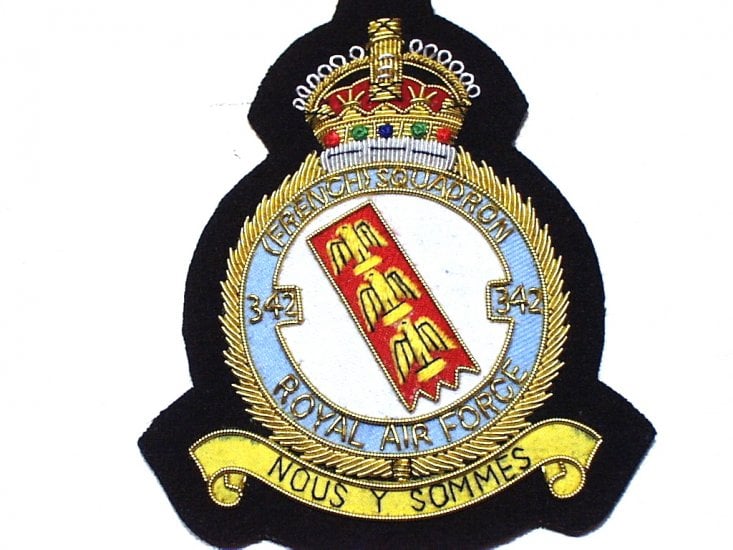 21/10/2020 - Received this morning from Military Badges UK this of the RAF French Squ 341 (GC III/2 "Alsace"). This was in this Squadron that Pierre Clostermann began his operational carreer. He then flew in the RAAF Squ 602 after the death of the 341 Wing Co, René Mouchotte. 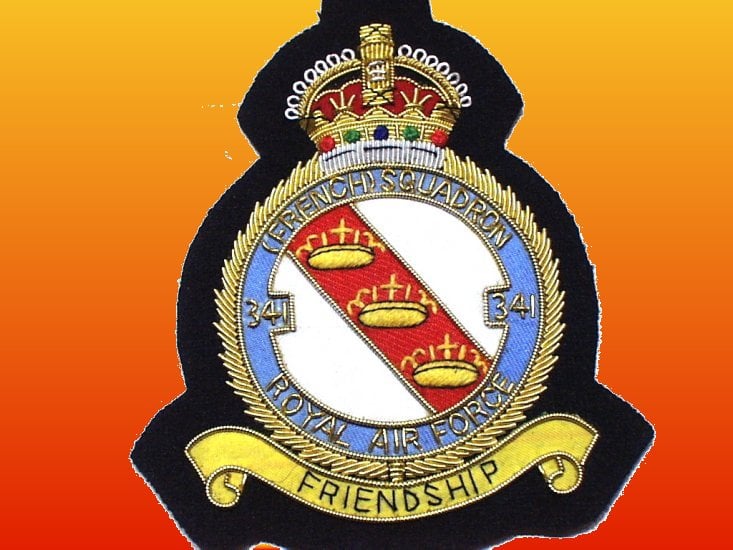 CAMOUFLAGE AND MARKINGS OF THE PANZERWAFFE (1923-1945), by Artur MAJEWSKI, HUSSAR Publ.
This book has taken more than five years of research and development, combining documentary and archival sources with photographic evidence from units in the field, to provide new insights into the painting and marking of Nazi Germany’s panzer divisions in the years 1923 – 1945. A modern reference on the subject has long been requested by historians and model-builders alike, and now the wait is over. 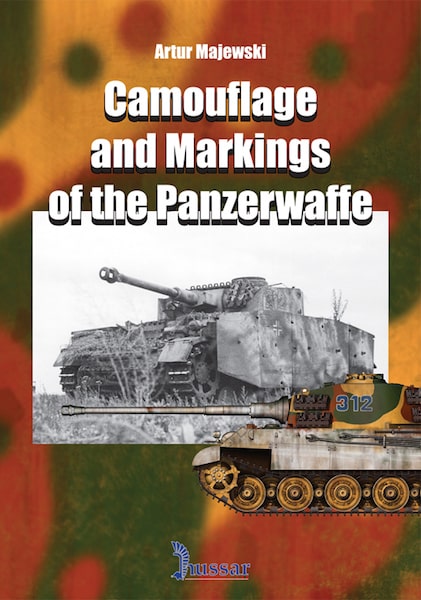 15/10/2020 -I just received the badge of the 75 th anniversary of the RC 2/30 Normandy-Niemen, whose motif adorned the left drift of the Rafale specifically decorated on this occasion.

It is the portrait of the aspirant Georges Henry, 2 victories approved, 3 victories in collaboration, and 1 airplane damaged in collaboration. At 25 years old the last dead of the N-N , he lost his life from his wounds after an enemy strafing attack of his base in East Prussia on 12/04/45.

On the same day, he had obtained his last victory on a Fw 190 piloted by the Gruppenkommandeur of the I./JG 51, Hauptmann Günther Schack, holder of 174 victories and of the Knight's Cross of the Iron Cross with Oak Leaves, who survived the destruction of his aircraft. 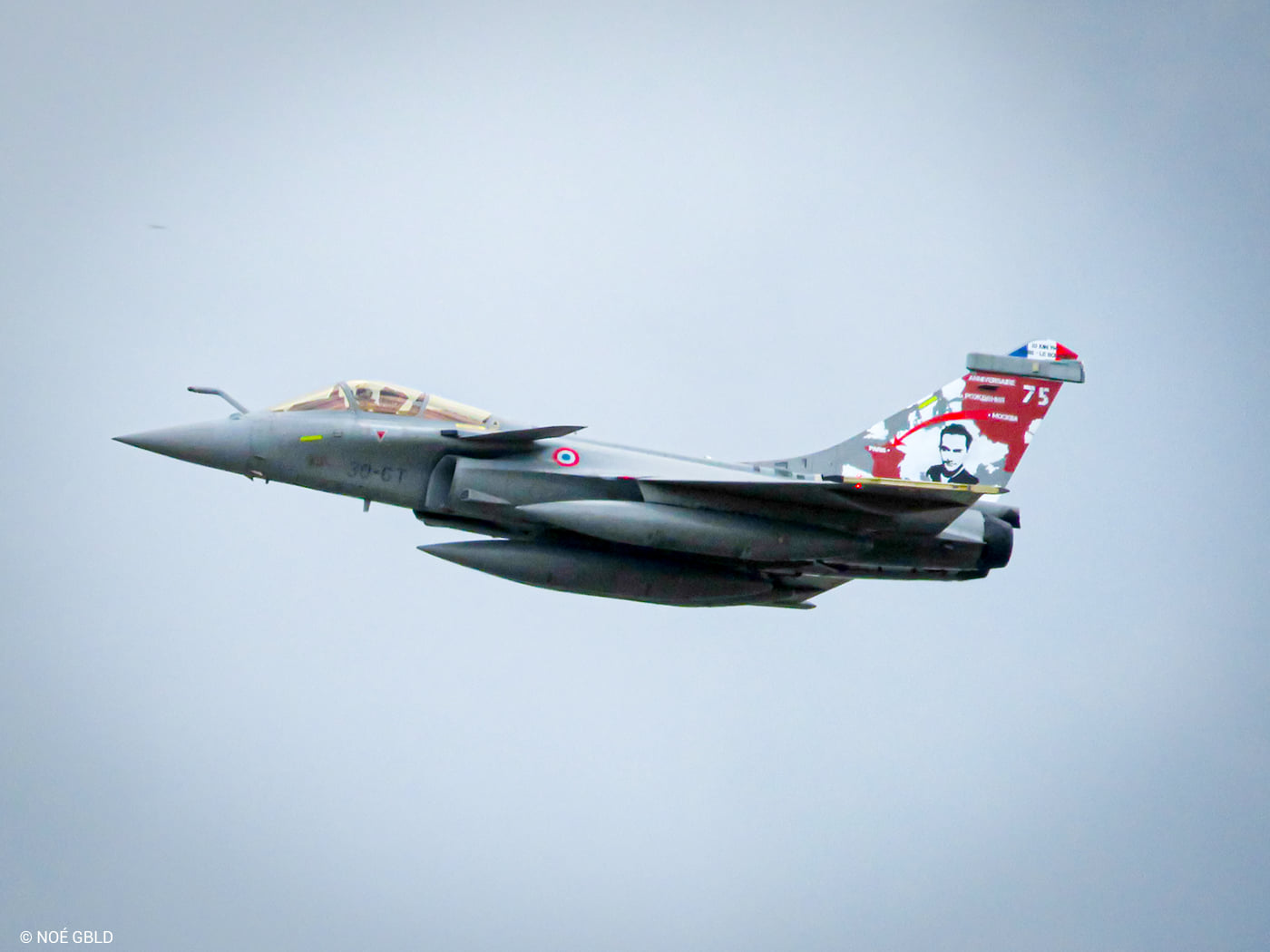 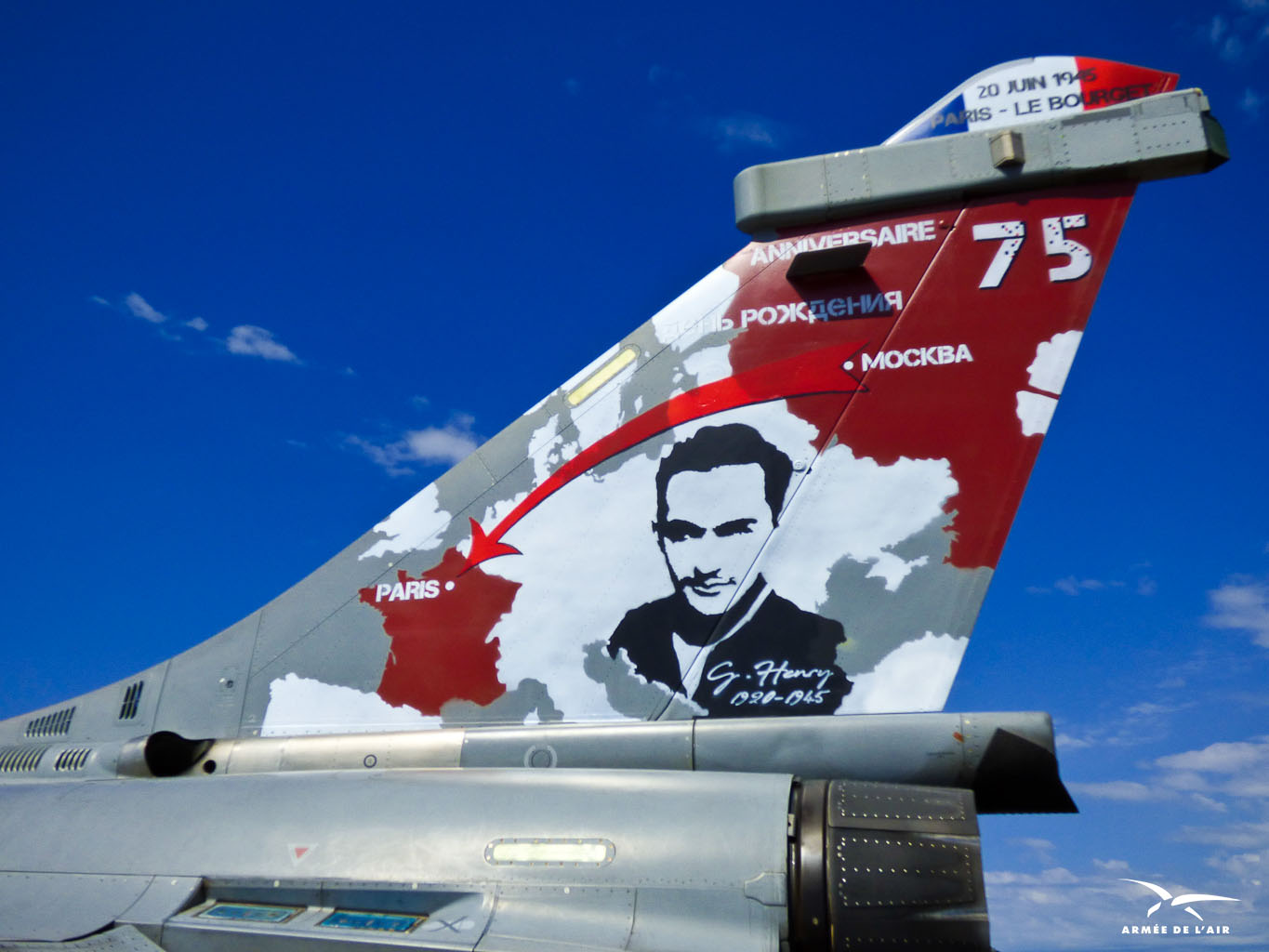 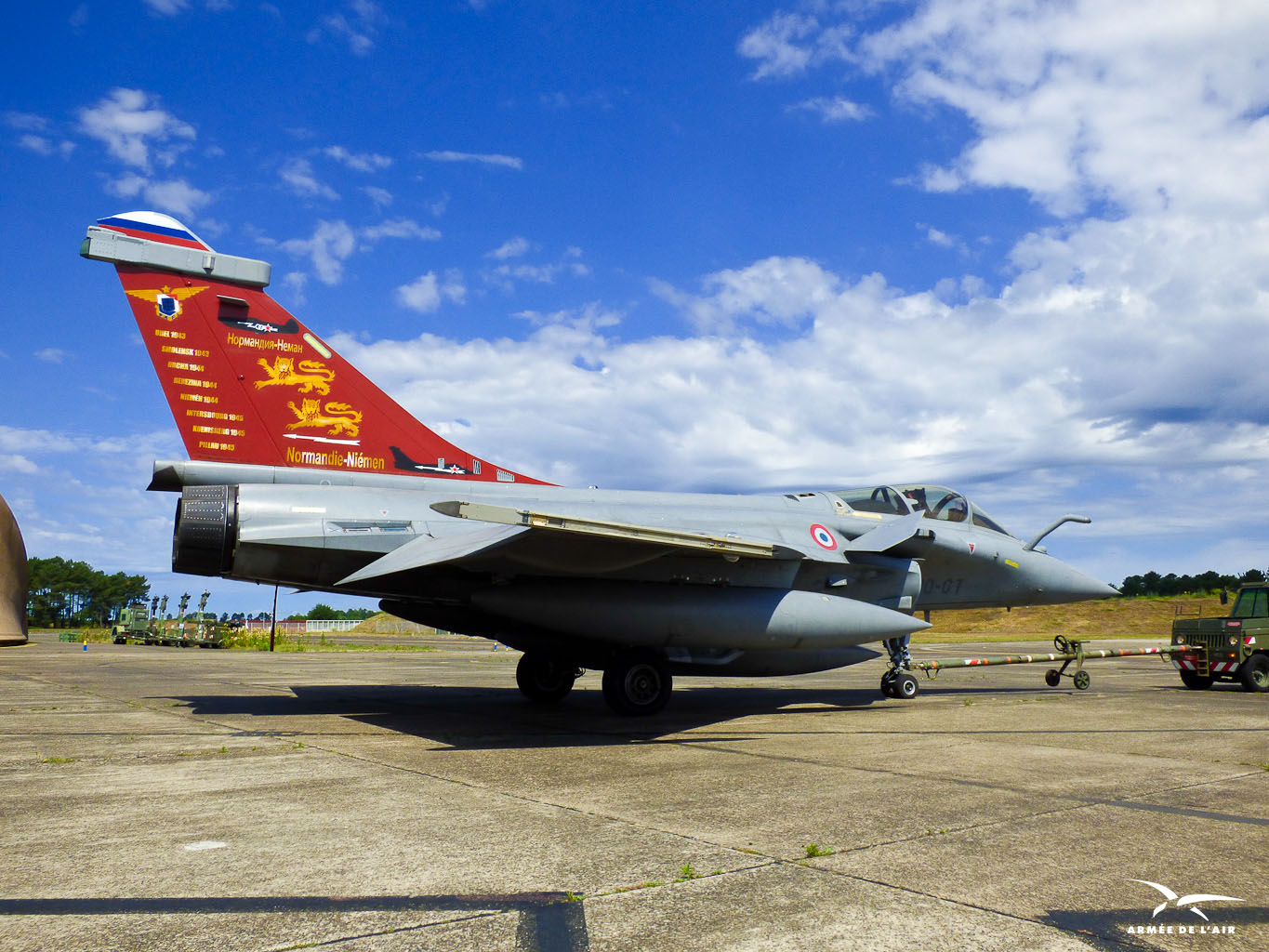 13/10/2020 - Received this morning from Military Badges UK this of the RAAF (Royal Auxiliary Air Force) Squ 602 "City of Glasgow". This was in this Squadron that Pierre Clostermann flew his LO-Ds Spitfires... 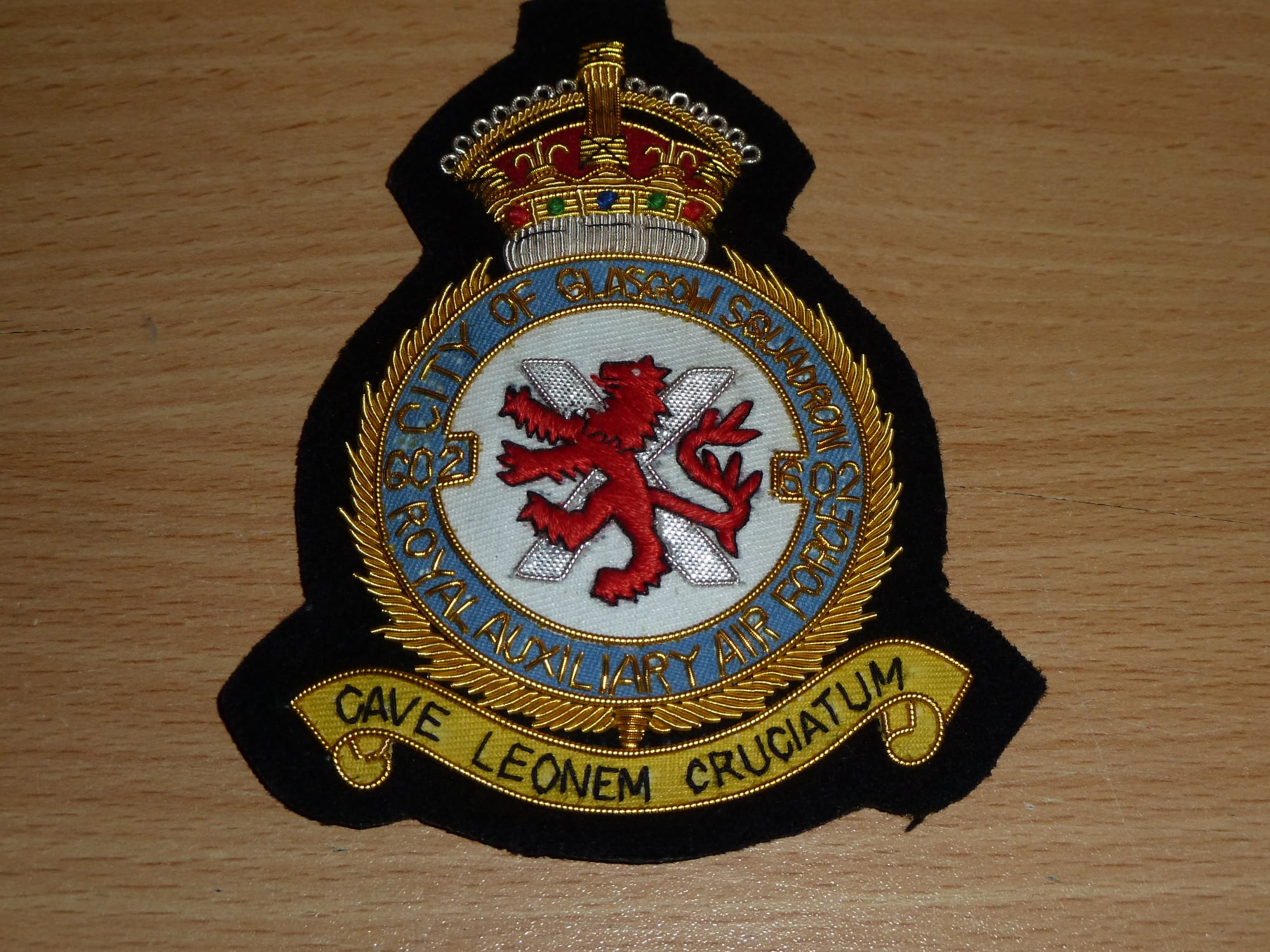 - Warplanes of the IIIrd Reich, W. Green, McDonald’s, 1970 (estimed at 320€ second hand)
- Aircraft of the IIIrd Reich, completed and corrected edition of the above opus by W. Green, initially to be published in 3 tomes , Aerospace Publ., 2010. (Tome 1 of 3, lthe definitely only one to be published, following the death of the author in 2010 and the editor gone on administration in 2012. Estimed 99€ brand new).
Should the following 2 tomes have been published, this opus could have been the ULTIMATE REFERENCE  on the subject. 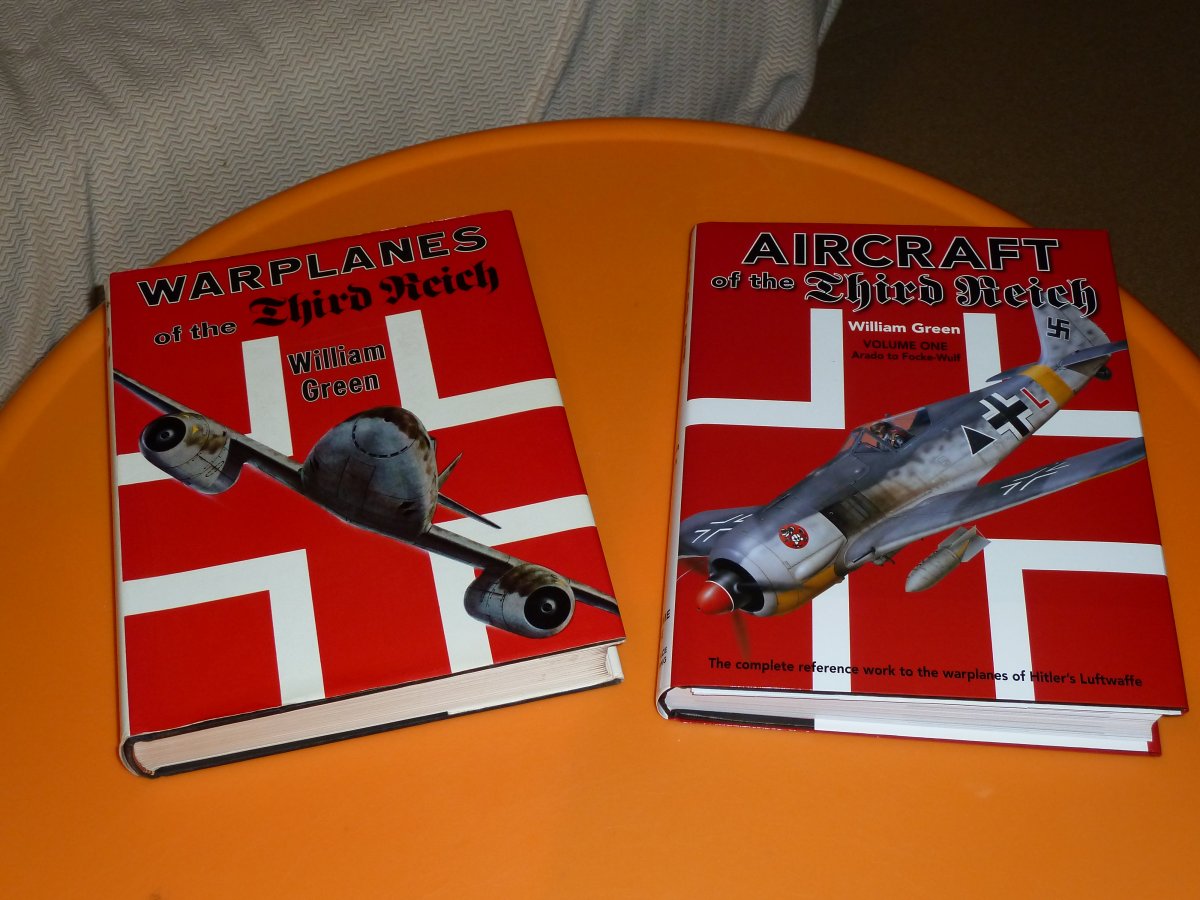 It is to be remembered that Luxeuil-lès-Bains was the base of the WW1 N125 "American Squadron", aka the Lafayette Squadron, equipped with the"Bébé" Nieuport 11...

17/09/2020 - Received my badges from GC 1/2 "Cigognes", this Groupe de Chasse being heir of SPA3, SPA26 and SPA103 traditions. SPA stands for "SPAD" and is the way the WW1 French Squadrons using SPAD airplanes were named.

There were too some exceptions (a French speciality), fi:  Ar or Do for Dorand equipped squadrons, R for Caudron type R, REP for Esnault Pelterie !!! 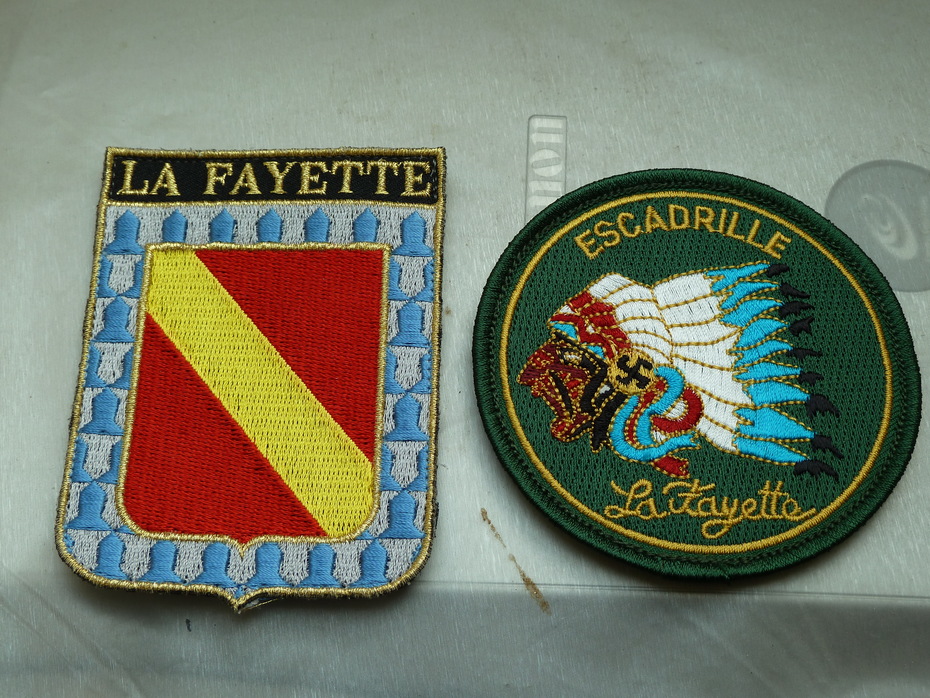 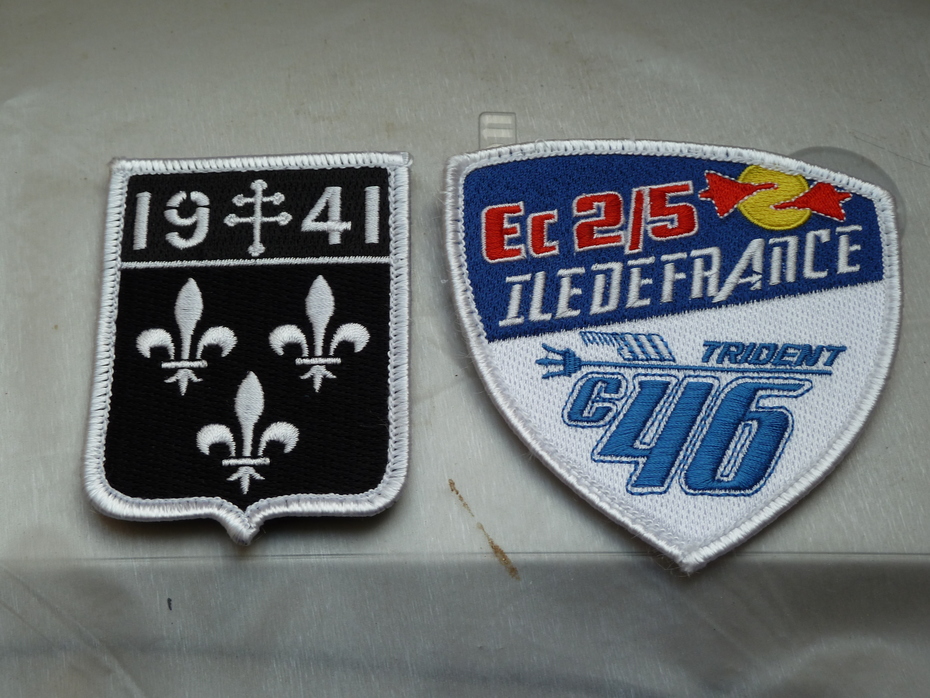 See other photographs on hereunder Album 48.

I hope that these data will help to complete my profile... and make you happy and inquiring !!! I was proud to be a MAC member, to be part of Scale Model Collectors (SMC ?) AND NOW I'M PROUD TO BE A MAC MEMBER AGAIN (hopefully, no problems for the links, thanks to Matt !! LOL !! :=D ) Kind regards from France and take care all !!!

Thanks for all of you helping to get this site still alive !!

and really with planes !

… at the opposite of me, widely dispatched on AFVs !!

Welcome again, my dear Ahmed !!! Long time since I heard from you !!! Superb photographs !!!

Long time no see my friend. Hope everything is well.

Yes, indeed, a good weekend for Ireland, both men and women's rugby teams.

We need days like this from time to time :-)

Thank you, Jean-Francois! Sounds like a nice friendly place here :-)

Check these guys out:

They make custom models from off-the-shelf kits. Those are certainly much better than the wooden ones.

Where did you hear about our site?
Model collectors sites Web research

What type of models do you collect?
Airplanes and AFVs WWI, WWII & modern conflicts, some Airliners & space conquest models. 1/400 to 1/16 in scale.