My control tower is now mostly done. I won't be working on it any more until I install it onto the airport itself. That said, it's still pretty awesome. I used the Herpa Control Tower set, painted it, and added some 'support struts' made out of wood. The result I think is very nice, and hope you will like it too. Once it is finally installed onto the airport, there will be a blue LED inside the glass section, and a red fiber optic cable coming out the top.

One of my displays!

One of my displays.  On this shelf I try to display various airlines and liveries! 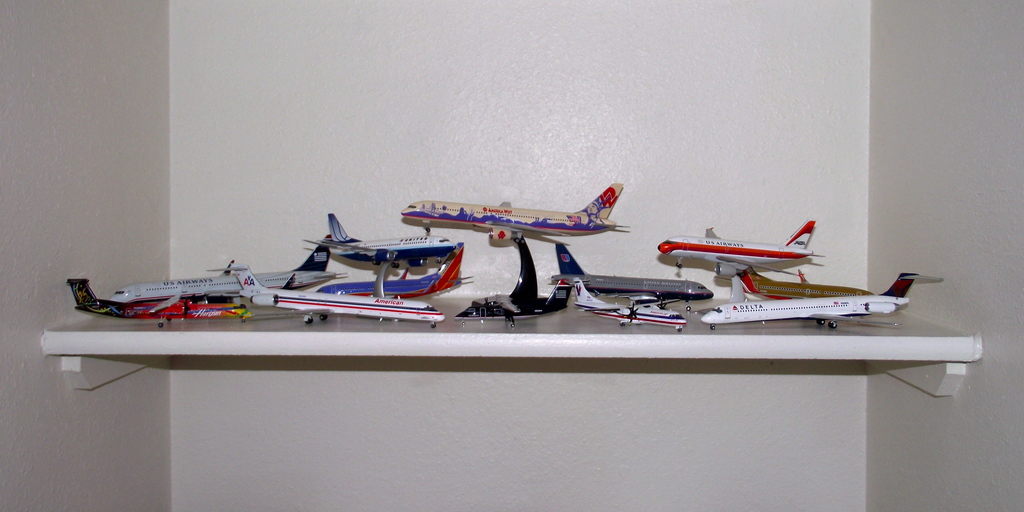 And here is another shelf showcasing some more of my United Airlines models! 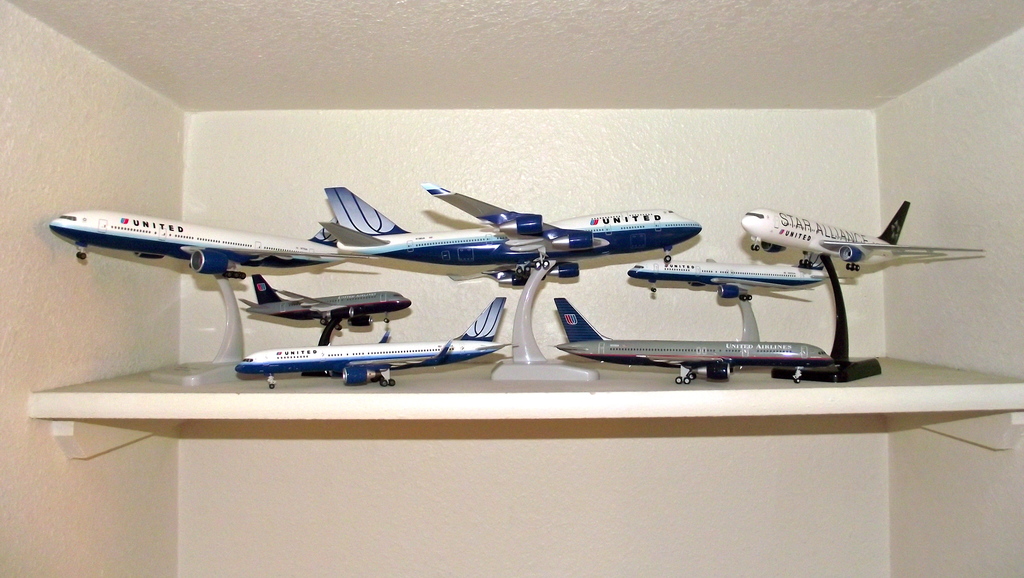 Here is a custom Delta Widget 727-200 I completed a while back, it's 1:200 scale with a few added details, such as new antenna and red lens beacon light. The decals were a pain to work with and crumbled into small pieces, good job I had 2 sets and was able to salvage a full set from them.…

This would be my first blog posting since joining, so if I mess something up please forgive me as I am still learning the ropes. I thought I'd start off by sharing my collection of airline fleets, which currently consists of British Airways, Alaska Air Group (Alaska Airlines and Horizon Air), and UA/CO which I now consider to be one airline. I'm sarting off with my AA collection, which is the smallest out of the three. Eventually I'm hoping to get my hands on the HG A300 and MD-11, and…

As some of you may know, I am working on building a model airport. I just recently started, and am currently working on the control tower. The plan is to have a terminal with ten heavy gates, a ramp parking area for nine narrow bodied aircraft, and a cargo area that can hold three heavy cargo aircraft.

As I said before, the control tower is a work in progress. So now hatin'!

My US Airways Collection!

Well the pictures do most of the talking. 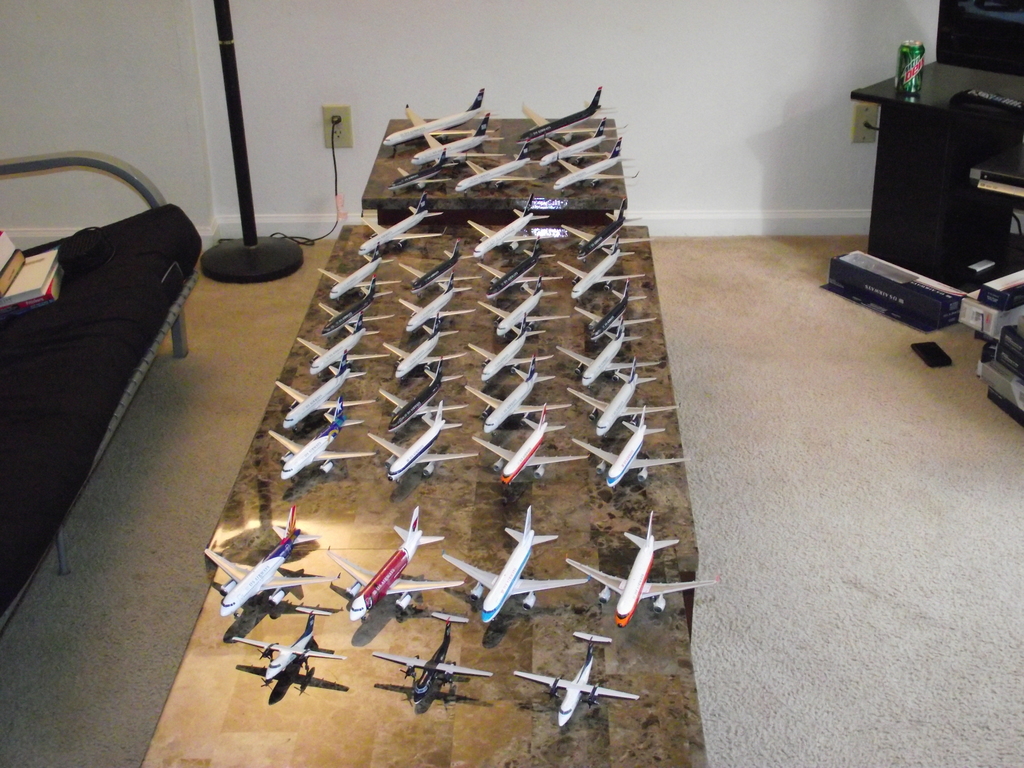 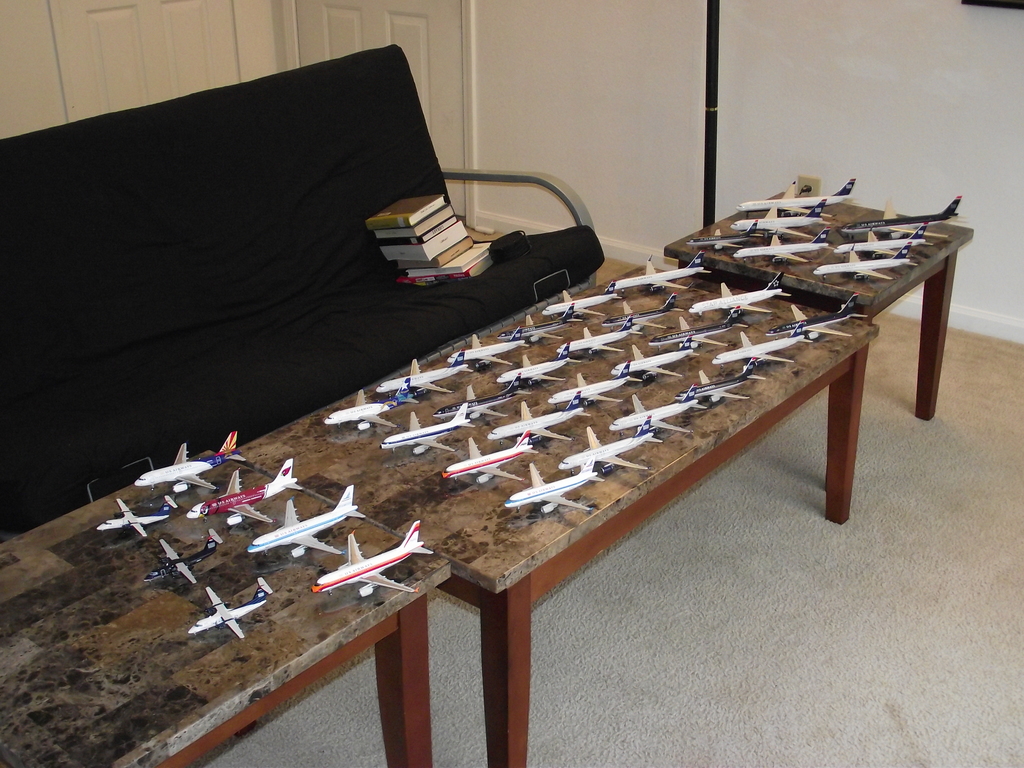 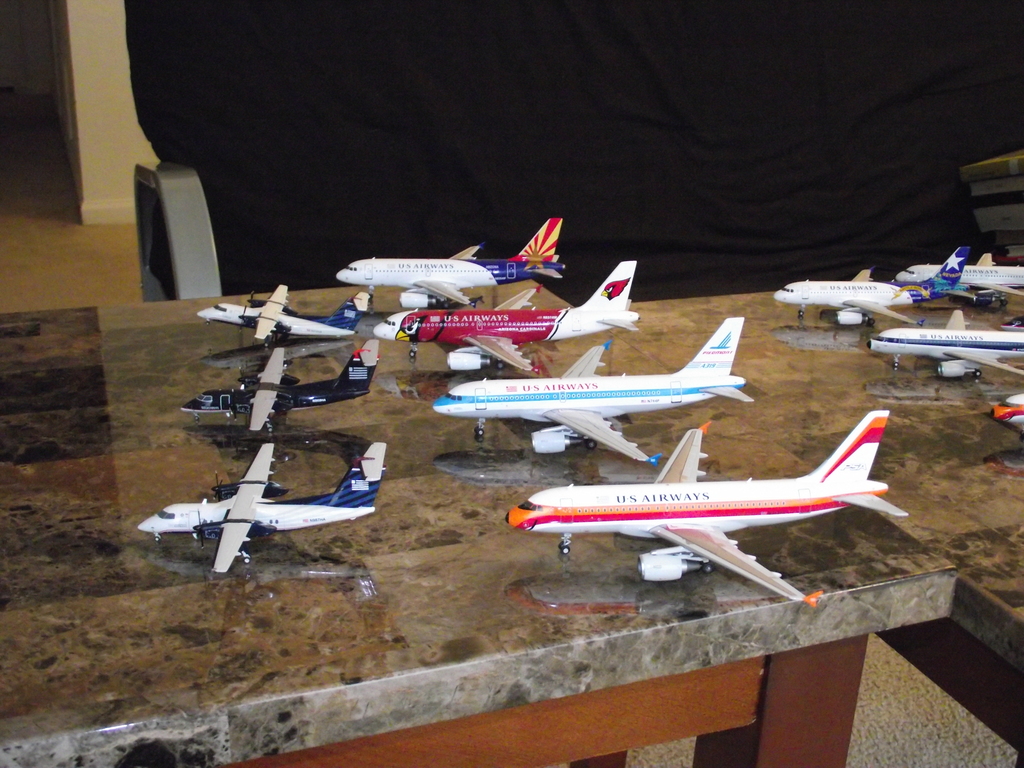 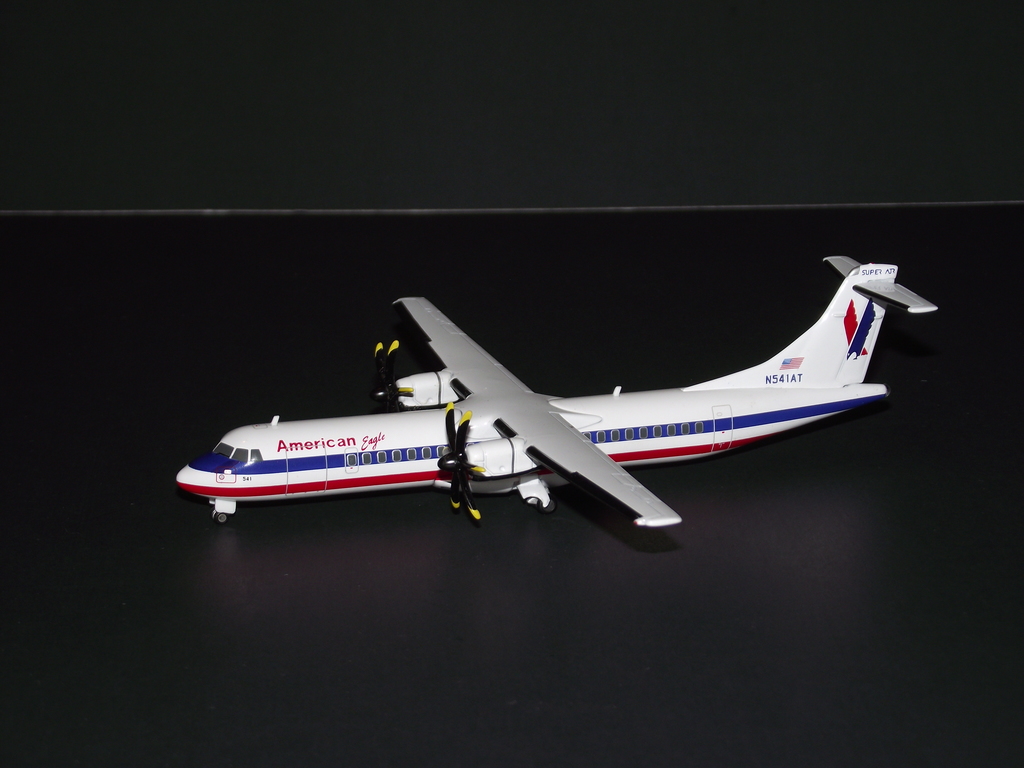 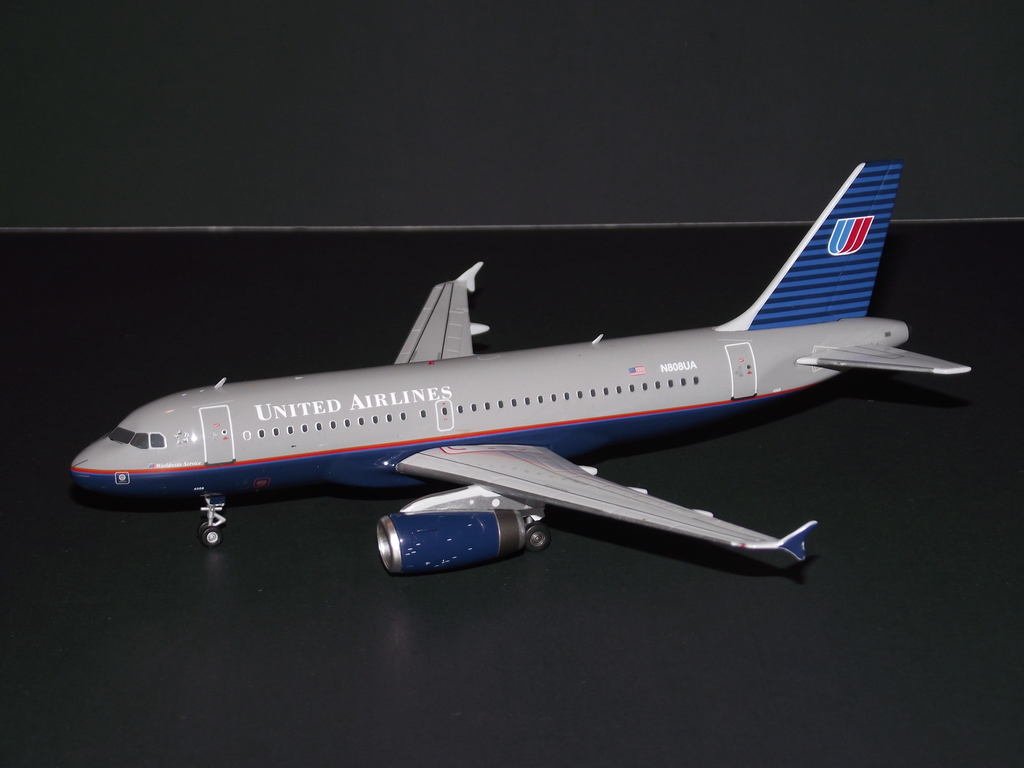 Bought this little kit from http://www.helmet-aircraft-200.co.uk/ they have some really nice models, and offer them in both completed to your specification of kit form. I chose the kit form as I enjoy modeling, and here's the result. The whitewash TU-160 made an appearance too, the scale of the blackjack dwarfs the TSR-2. If you want a bit of history about the…
Continue I am curious as to how many members would like to see a Forum on our site. I know there are several model airplane forums out there however I want this site to be the best model airplane site it can be. I have seen a lot of negativity on other forums and I am trying to keep a positive atmosphere on this site. I want everyone on this site to feel absolutely comfortable starting discussions, asking questions, and otherwise speaking their minds without the fear of being…

Model Airplane Collectors is looking for some creative photographers and artists who would like to showcase their talents by having their work featured on the cover of our online magazine. We will choose our next cover based on creativity and unique subject matter. All work submitted will be given proper credit. Photographs and Artwork not chosen for the cover will be displayed on the website for honorable mention. All work shall be free and clear of all watermarks…

Help Bob find the missing model from his collection! 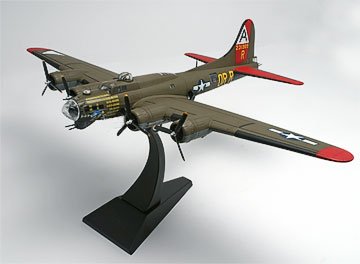 Fellow member Robert D. James is needing help tracking down the only missing Corgi model in his collection! Robert has every Corgi model ever released with the exception of the 1:72 Boeing B-17G Flying Fortress USAAF 91st BG, 323rd BS, "Nine O Nine".....If you know of anyone who has this model, and it is in excellent condition, and they are willing to sell it, please let Bob know!

With the help of Rob and Matt I've been able to hone my skills, and have begun adding oil stains to my foils!  I'll be using these to build the tarmac for my airport!  So from now on, what you see at the airport will be the way the foils are laid out!

Again in these pics I have added a old jetway to help show how they will come through the slanting face!

You can also see how the access road will run in between the main building layer, and the slanting face of…

Well after slaving for hours today the side panels are done!  They slant downward away from the regular face of the building giving the airport a more unique look!

It may not look like much, but it literally took me hours to complete!  This is a huge step in completing the airport!

The jetways will come out of the main building through the slanting part and to the aircraft.

Welcome to all of the new members!

I just wanted to take a moment to welcome all of the new members to the site! It has been an exciting start to the new year and I hope to get a chance to chat with each and every one of you in the chat room over the coming weeks! Feel free to send me a message with any new ideas or thoughts on the site!

Some video spotting at St. Louis

Just some video I took at STL while I was waiting to pick up a family member.  It was raining, so the quality isn't very…

Here are some more pictures I took just a few minutes ago!  This shows all three types of gates the airport will have.  As well as having more roof details done! 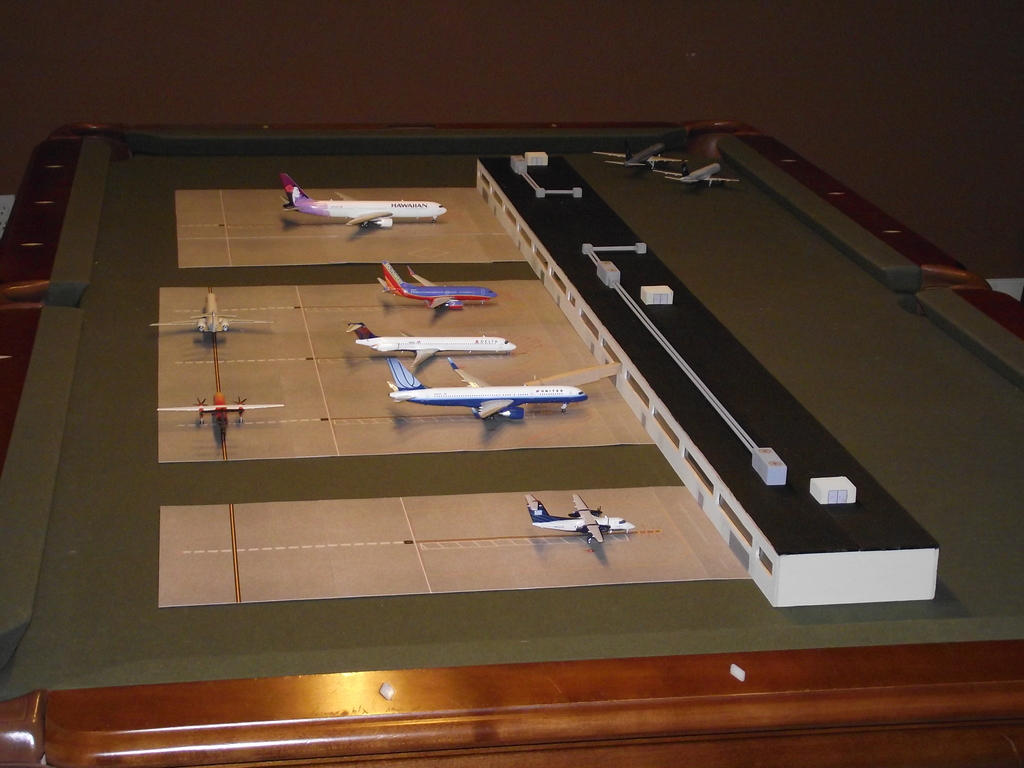 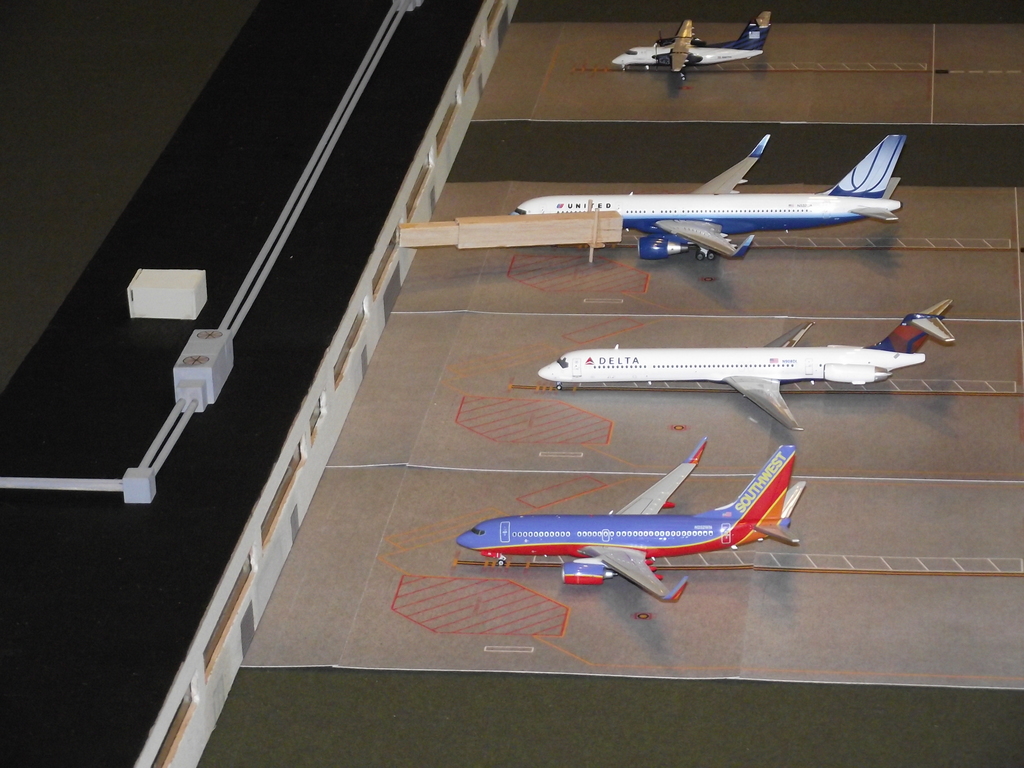 I finally made it to the hobby store where I could buy more supplies!  And started making more of the roof pieces to help make the building look better!

I've started adding the AC/Heating units, and the ducting for them! 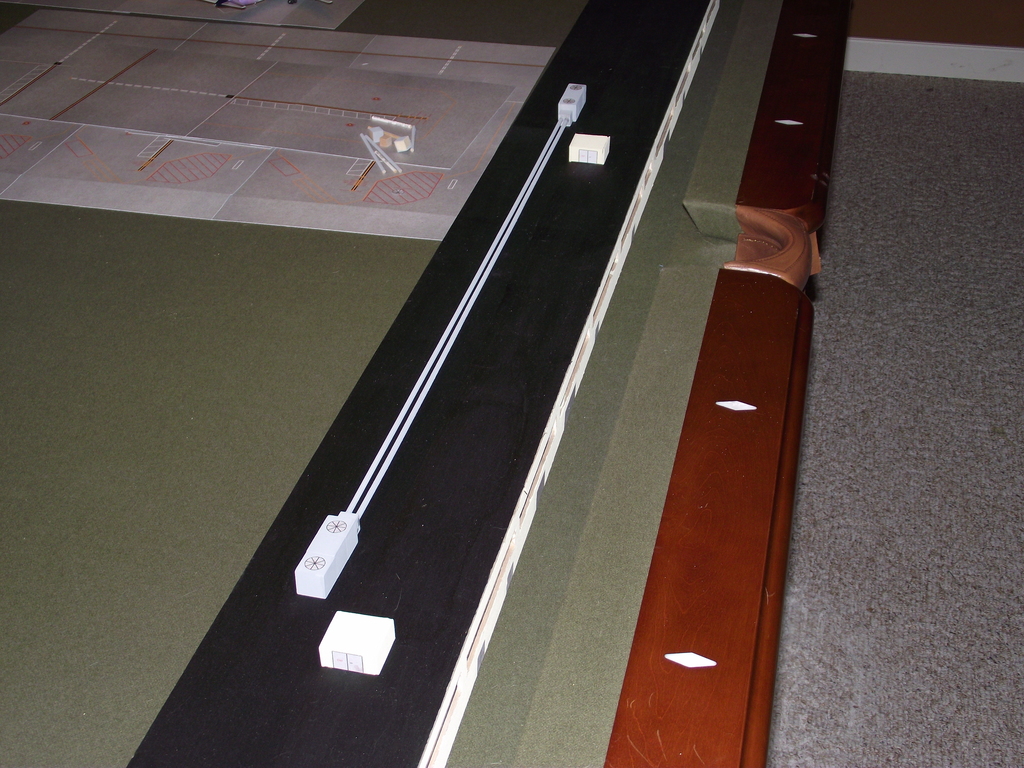 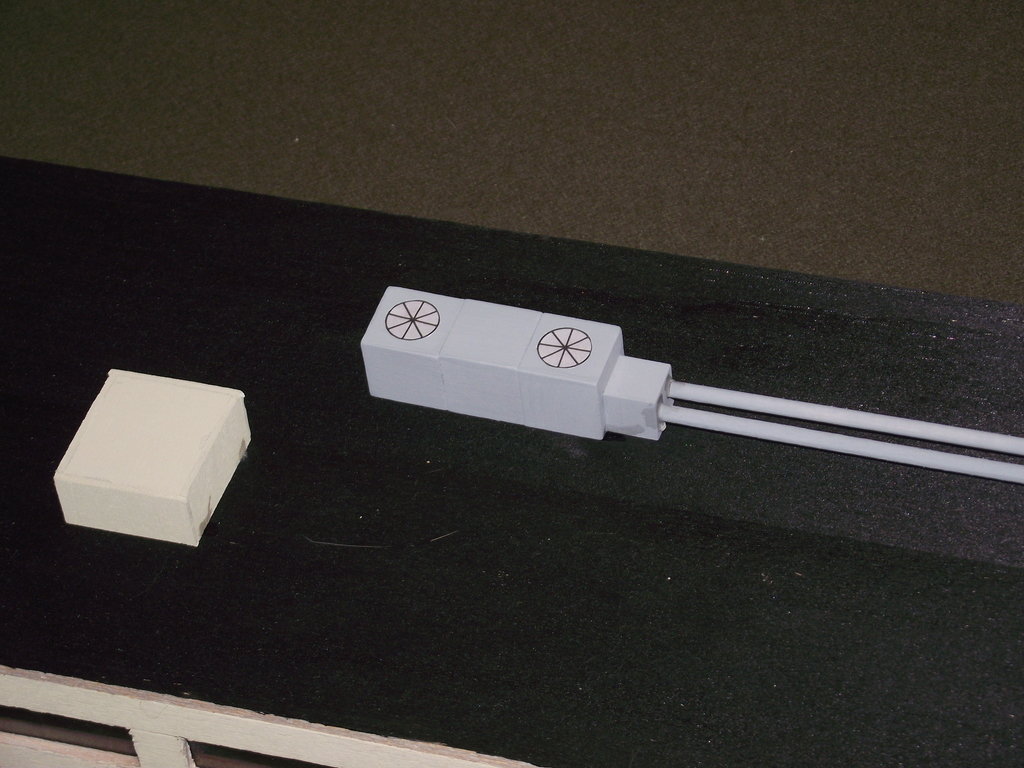